The Amazfit PowerBuds is also equipped with a PPG heart rate sensor, which can monitor heart rate when exercising, real-time voice broadcast of heart rate, pace, time, and other exercise data, such as feedback exercise status, remind exercise risk of high heart rate and other sports risks.

In terms of design, the Amazfit PowerBuds headphone shell is matte laser engraved, supplemented by a magnetic split ear-hook design. In daily use, the ear hook can also be removed and absorbed into the charging case. The Amazfit PowerBuds weighs 7g.

The Amazfit PowerBuds has a dustproof and waterproof rating of IP55, which can effectively prevent rain and sweat erosion, and adopts ENC double wheat noise reduction technology to effectively suppress other disturbing sounds in the environment.

Also, it supports smart pairing function. Thus, it automatically connects when you open the lid. And both ears support double-touch with customizable functions. The headset can be used for 8 hours after it is fully charged, and with a magnetic charging box, it has a battery life of 24 hours.

The Amazfit T-Rex watch is packed with a 1.3-inch AMOLED high-definition colorful screen with a resolution of 360 × 360. The outer bezel is precision-filled with four etching metal buttons. So it can be operated in harsh environments. The exterior of the watch body is raised, and the silicone wristband has a sweat guide design.

There is also a BioTracker PPG optical tracking optical sensor independently developed by Huami Technology, which can perform 24-hour uninterrupted high-precision heart rate monitoring, and provide functions such as high heart rate vibration alarms during exercise. In terms of battery life, the Amazfit T-Rex can reach 20 days in daily use mode and 66 days of long battery life in basic watch mode. It can support up to 20 hours while maintaining GPS continuous operation.

In addition to Amazfit T-Rex, Huami Technology also released a new basic smartwatch, namely the Amazfit Bip S. The watch supports water resistance to 50 meters, and it also has a built-in BioTracker PPG sensor, and has a super battery life of up to 40 days. 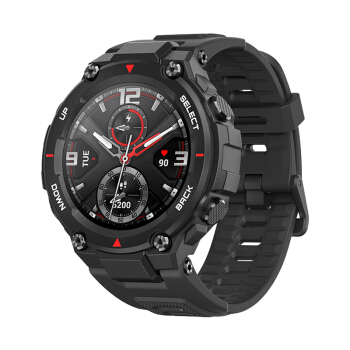 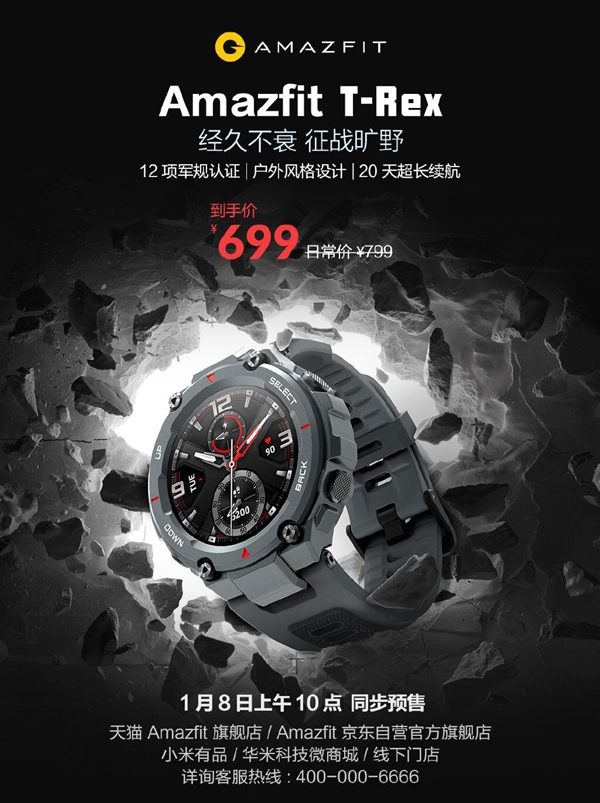 It uses a slanted in-ear design to make the earbuds fit closer to the auricle, blocking external noise, and falling off from side to side. It can also play sleep-assist rhythms, and automatically pause the rhythm playback when it senses that the user has fallen asleep. At the same time, the Amazfit ZenBuds can monitor the user’s sleeping posture, sleep quality, record sleep status and stages, and generate sleep analysis reports.

The Amazfit ZenBuds weighs just 1.78g per ear. In addition, it also has a built-in personal alarm clock function, which uses a gradually increasing ringtone.

This earphone uses a miniature rechargeable button battery that provides 12 hours of sleep in a single use. With the rotating charging storage box, it provides 7 additional battery life.