Apple Leads Tablet Market In The Fourth Quarter of 2019

Recently, IDC released a report concerning the tablet market in the fourth quarter of 2019.

During October-December 2019, a total of 43.5 million tablet computers were sold worldwide, a year-on-year decrease of 0.6%. Most of the brands have experienced a large decline in the tablet market. But Apple used its iPad to turn the tide and restore the entire tablet market with its own power.

Apple shipped 15.9 million units in the fourth quarter of 2019, an increase from the 12.9 million recorded in the same period in 2018. Among them, the iPad accounts for 65%. IDC noted that with the tablet category falling to an all-time low of 79.3%, Apple is pushing its product portfolio toward 2-in-1 devices. At the same time, the market share achieved as high as 36.5%, ranking first in the market.

Lenovo ranked fifth, with 2.5 million units sold and with a market share of 5.8%, an increase of 8.3% year-on-year. In other words, except for Apple, only Lenovo achieved growth. 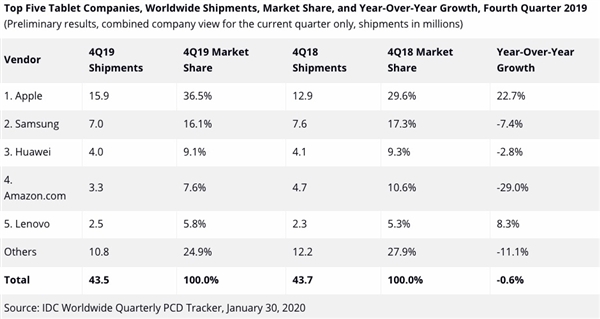 Looking at the whole year of 2019, the Apple iPad is still the biggest winner, with sales of 49.9 million units, a share of 34.6%, a 15.2% increase year-on-year. Samsung, Huawei, and Lenovo all fell to varying degrees. 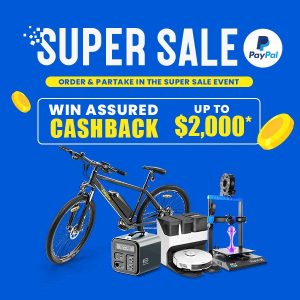