As you know, there are two ways to unfold a folding screen phone at present. One is the horizontal folding used on the Samsung Galaxy Fold and Huawei Mate X, and the other is the vertical folding of Motorola Razr 2019. Although morphologically called folding screens, there are fundamental differences between the two.

The core appeal of the horizontal folding is a large screen. 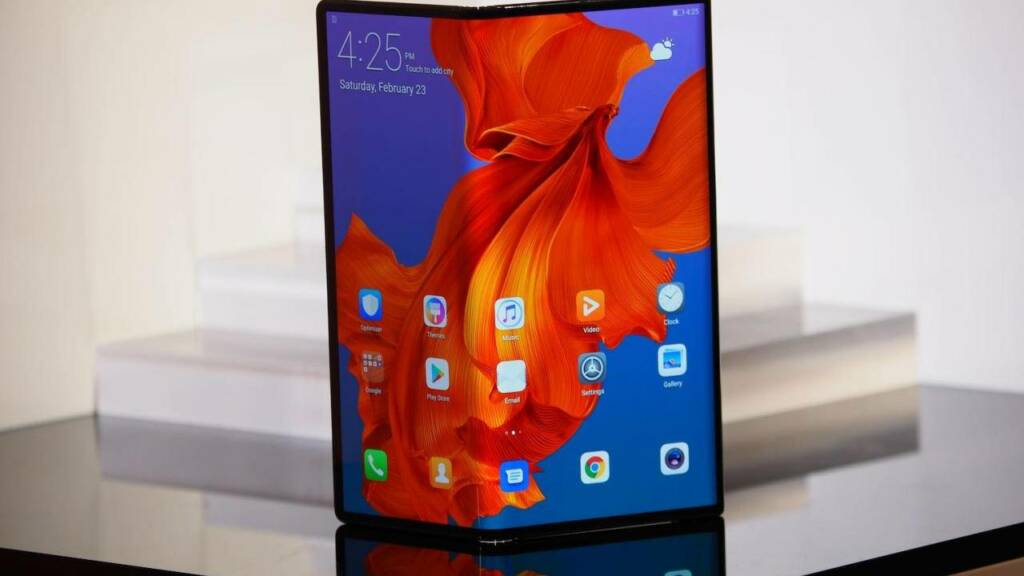 After entering the 4G era, the information transmission method has undergone very obvious changes. The text in the 2G and 3G era has mainly changed to graphics, audio, and video. At the same time, the smartphone is no longer just a pure communication tool, but extend to multiple dimensions such as communication, entertainment, and light office tasks.

In this process, with the large increase in the amount of information, the limitations of small screens have become more and more obvious. And it has become difficult to meet people’s actual use needs. Therefore, we can see that the large screen has become a very important development trend in the smartphone industry in the past 10 years. Even the iPhone, which once praised small screens, has finally embarked on the road of large screens.

Will the big screen trend stop? Obviously not. The arrival of the 5G era will once again change the main way of information dissemination, and audio and video will become the protagonists of the future. Correspondingly, if you want users to get a sufficiently good viewing and control experience on the smartphone, improving the screen is still the most seen intuitive and effective way.

However, a realistic problem is that it is not difficult to change from a small screen to a large screen, but making a large screen into a larger screen is not an easy task. After all, it is a mobile device. Considering the portability and grip of the product, the screen size will eventually have an upper limit, and the solution of increasing the screen ratio has basically touched the ceiling.

The arrival of the folding screen turned things around in order to continue to increase the screen size. As we have seen on the Samsung Galaxy Fold and the Huawei Mate X, after expansion, their screen size is already comparable to some small-sized tablets, and the amount of screen content information is also larger than the current mainstream phones.

Why not buy a tablet computer directly? In fact, this problem is well explained. It just adds a larger screen option to the user on the basis of normal smartphones. In the non-expanded state, it is basically the same as the current mainstream smartphone products, which is equivalent to folding and taking into account portable and big screen. 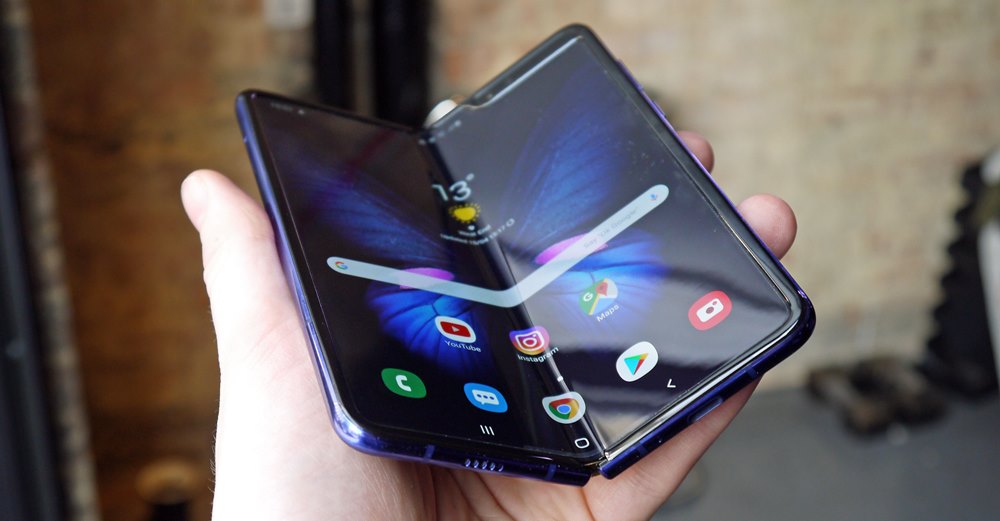 However, returning to the product itself, at least at this stage, whether it is the Samsung Galaxy Fold or the Huawei Mate X, there is still a long way to go before the ideal state.

Presumably for protection reasons, the Samsung Galaxy Fold uses an eversion method. From the actual experience, it is difficult to hold and operate with one hand after the screen is unfolded. In other words, the comprehensive experience of the large screen mode in the mobile state is not satisfactory. But if it is closed and used as a normal smartphone, its secondary screen size will be too small.

The situation that the screen is not easy to control with one hand is also present on the Huawei Mate X. However, compared to the Samsung Galaxy Fold, because it uses the eversion method, the screen size in the closed state is basically the same as that of a normal smartphone. There are more usage scenarios, but the protection is relatively weak.

The core appeal of upside down is portability.

If you have seen the Motorola Razr 2019 before, you should know that its logic can be roughly understood as the use of the foldable screen feature to fold a regular-sized phone from the middle to reduce the size to half of the original. The ultimate goal is to greatly improve the portability of the product itself. 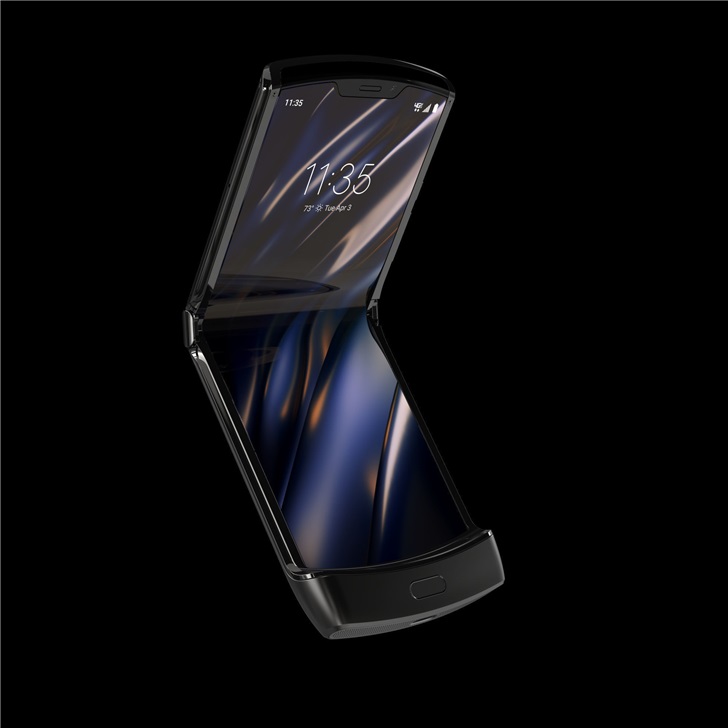 It is undeniable that the experience improvement brought by this solution is of course tangible. Especially for many female users, it is much more convenient to reduce the size of the smartphone and put it in the bag. But the problem is that portability is not the core pain point.

Back to the laptop folding screen, because it is much larger than a smartphone, and its product form is foldable. So there are relatively few problems to be solved. It is not necessary to consider whether portability will be affected after deployment. There is also no need to go through the market to verify what kind of expansion method users are more willing to pay for. 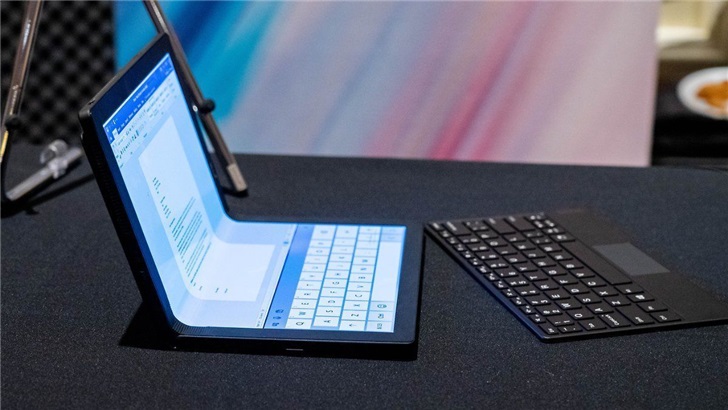 After using a folding screen, the most direct change is also the correspondingly larger screen size. The difference from a smartphone is that, because the notebook can be unfolded 180° to obtain a more integrated and larger screen, it can also be bent at a certain angle and divided into two screens. So it can be used in more scenarios.

For example, in the fully expanded state, it can act as an artboard, and designers should like it very much. In notebook mode, the two screens can achieve better split screen effect, which greatly improves work efficiency. In the future, with the support of Microsoft and with the continuous improvement of system applications, the imagination space that can be brought will be very large.

Although folding screen notebooks have many advantages, what they can provide does not solve the core pain points of users such as portability or performance. In a way, it is more like expanding a new product type, and the relationship with users is not as strong as that of folding screen phones.

In fact, this is also a major “feature” of the PC industry.

Unlike the smartphone industry, the dominance of the PC industry is more in the hands of two upstream manufacturers, Intel and Microsoft. Therefore, in the future development of PC products, they often put forward a rough concept first, and give corresponding support on the hardware and software side. Then OEM manufacturers land on the specific product side according to their specific conditions.

The two-in-one device is the same, and the folding screen notebook still uses the same logic. At CES 2020, Intel showed the significance of the Horseshoe Bend concept PC is not the product itself. But through it, the company sends a clearer signal to the outside world: folding screen products are on the way.

There are always many expectations for new technologies. However, in the long history of science and technology development, there have been many examples of people who have been optimistic about it, but ultimately died. There may be many factors that ultimately determine whether it can be implemented, and user pain points and industry breakthrough points are undoubtedly the two most driving forces.