Today, a brand new smartphone was announced. As scheduled, the number 1 China-based smartphone maker uncovered the Huawei Nova 5Z. As the name suggests, this phone has been made for the young generation of Z. 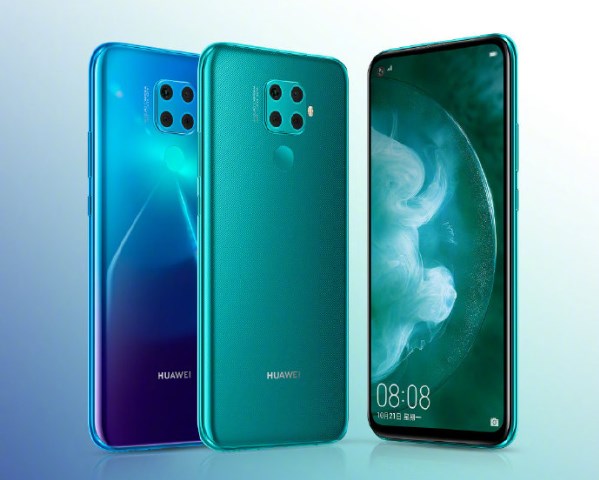 The phone is already available for pre-order at a price tag of 1599 yuan ($226). The Huawei Nova 5z is equipped with a 7nm Kirin 810 processor and a rear 48MP AI four-camera. On the front, it also carries another high-res camera with a 32MP CMOS. In other words, the performance and camera experience have reached the flagship level. So it’s considered to be one of the best choices for the young customers.

Huawei Nova 5Z Is The Proud Of Z Series

As we all know, Generation Z means people born between 1995 and 2009. They were influenced by technology products such as the Internet, instant messaging, SMS, MP3, smartphones, and tablets.

In this sense, the Huawei Nova 5z is a smartphone specially designed for users of Generation Z. The sleek body and square quad-camera soft belt are just like the light. Its color variants are also selected carefully to meet the needs of customers from this age range.

As for the screen, the Huawei Nova 5Z uses a full-screen design. The front camera and the desktop wallpaper are perfectly integrated. The borders of the screen are also greatly narrowed. So the visual impact is much stronger. The 6.26-inch screen has a 2340×1080 resolution.

The Kirin 810 is Huawei’s first 8-series high-end chip. It is based on a 7nm process. Thus, we are dealing with a more powerful chip, which also has a lower power consumption, and provides a flagship-level experience.

As for the chip parameters, the Kirin 810 uses a flagship 7nm process, two A76 large cores + six A55 small core design, and the customized Mali-G52 GPU.

The chip is paired with a 6GB of RAM and a 64GB of native storage. But the latter can be expanded up to 256GB through the SD card slot.

With the advancement of technology, taking a good photo no longer requires expensive and heavy SLR equipment. In this sense, Huawei is an absolute leader. A few of its top-end models lead the DxOMark list. The Huawei Nova 5Z inherits the camera advantage of Huawei phones. It is equipped with the 48MP AI quad-camera as well as a 32MP selfie camera that supports super night scene mode.

Apart from the main sensor, there are other three lenses of 8MP, 2MP, and 2MP resolution.

Our protagonist has a 3.5mm headphone jack and Type-C interface, but it does not support NFC. The fingerprint scanner is on the back, and there are a few color options, including magic night black, blue, and green.