In the past few months, Huawei has managed to launch outstanding smartphones with its own Huawei brand as well as with Honor brand. As you guess, we are talking about the newly announced Huawei Nova 4 and the Honor V20. These are among the first punch-hole screen handsets around the globe, after the Samsung Galaxy A8s. But they have taken this technology a step further and made it more attractive. These are top-end models, sporting not only the most innovative designs but also the most powerful hardware. In order to cater to foreign markets, Huawei will launch a mid-range model called the Huawei P Smart 2019. According to Android Central, Huawei P Smart 2019 will be officially launched in the UK on the 11th of next month, priced at 149 pounds ($189). 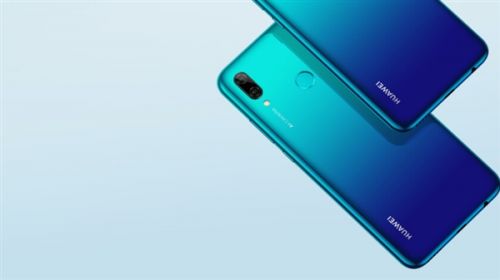 According to the previous report, the Huawei P Smart 2019 uses a 6.21-inch drop screen design with a screen resolution of 2340×1080 pixels. And this phone will be available in three colors, with the same gradient color effect as the latest Honor phones.

However, the manufacturer has made some saving on hardware and camera. Say, its main camera will combine a 13MP sensor accompanied with a 2MP AI lens. This AI camera should be suitable for those users who do not have high requirements for camera functions.

In terms of hardware, the Huawei P Smart 2019 will be packed with a battery of 3400mAh capacity, a 12nm Kirin 710 processor, a running memory of up to 3GB, and a storage capacity of 64GB. It is reported that the Kirin 710 uses an octa-core design, with the highest frequency is 2.2GHz, which is about 70% higher than that of Kirin 659. At the same time, the Kirin 710 also supports Huawei GPU Turbo and other functions.