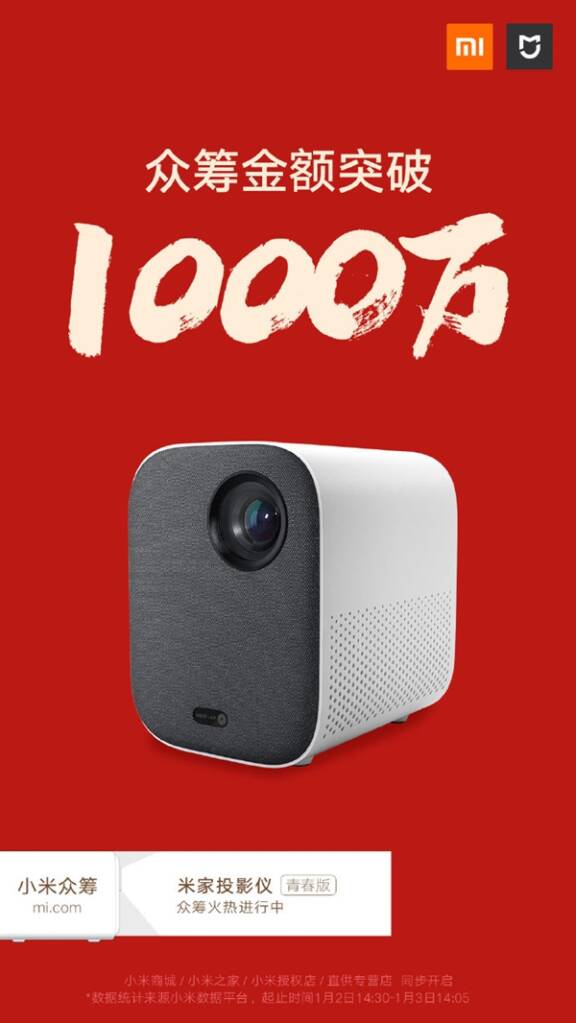 The Mijia Projector Youth Version is compact and easy to carry out. It is 15cm in height and weighs only 1.3Kg. It is easy to move in the living room like a lamp. For users who rent a room, they don’t have to worry about its portability.

With a throw ratio of only 1.2:1, the recommended projection size is up to 120 inches, but it can reach up to 200 inches, making it easy to fill the entire wall. At the same time, it also supports autofocus and electric focus to ensure a clear and sharp picture.

The Mijia Projector Youth Version uses a LED light source with a brightness up to 500 ANSI lumens, a physical 1080P resolution, and an HDR10 technology, which can display more details.

At the same time, the Mijia Projector Youth Version supports a dual-band Wi-Fi, is equipped with a 3.5mm headphone port, a USB 3.0 interface, and an HDMI interface on the back, which can support 4K picture transmission. As for the audio, this projector supports Dolby and DTS decoding as well as two-channel virtual surround sound, bringing a sense of presence.

The Mijia Projector Youth Version uses the same MIUI TV system as the Xiaomi Mi TV, including a large number of film and television resources. But it is also equipped with a voice assistant, namely Xiao Ai. So you can search for content as well as control other Mijia smart home appliances through voice commands.