Last year we saw a ultra durable smartphone at the hands of Oukitel, the K4000. As a sweet move, Oukitel launched a lighter version of this beast, the Oukitel K4000 Lite earlier this week. Though it has been termed ‘Lite’, the device overshadows some of the mid range beasts. Famous for its strong built, the K4000 lite packs something extra too. Lets see in detail the important aspects of this smartphone. 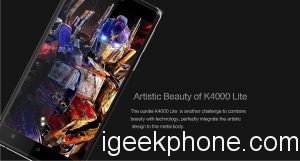 The Design is the factor where we believe no other phone can beat the K4000 Lite at a price tag of 80$. It comes in 3 different colours of white, black and golden, has a plastic body and for protection bears a metal frame that will handle falls. On the front we have 3 physical buttons and a front camera on the top. On the back its got the back camera and a dual LED flash. On the top, we have a 3.5mm audio jack and volume rocker and power button on the side. Though its has a thickness of 12mm, the phone doesn’t feel that heavy thanks to high quality built. 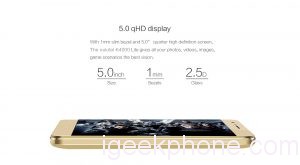 Now comes the Display. The K4000 Lite has a 5 inch 2.5D qHD display. Yes you read it write, its a 2.5D display. But the biggest suprise is something different. Its the toughness that the Asahi glass on the K4000 Lite that makes it super strong. To prove it, Ouiklet released a video on Youtube that shows the device being used as a hammer and it didnt even budge the screen. We got your video down here. Now thats what we call a Super phone, isnt it? 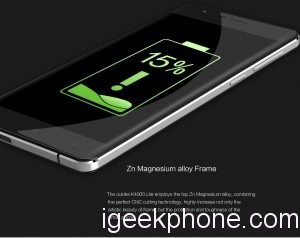 We all know when it comes to affordable smartphone, there always has been a sacrifice done in some aspect of the phone in order to keep the price under control. In case of K4000 Lite its the hardware. It has a MediaTek MT6735 SoC with a quad-core Cortex-A53 running at a speed of 1.0GHz. Its not that great but its not that low too.On the upside we get a 2GB RAM and 16 gigs of onboard storage which is expandable upto to 32GB. The 2GB RAM will help boast the performance.The Antutu benchmarks reveal a score of 23K points, which is little low but seeing at the price its offered, its better than what we get at other phones. 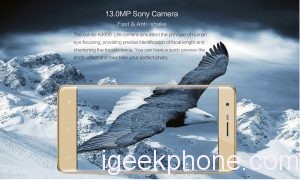 As not expected at this price tag, the K4000 Lite has a 13MP rear camera with a dual LED flash and a 5MP selfie shooter. The sensor on the rear cam is from Sony that lets you take decent pictures and record 720P videos too. The selfie camera has beautify feature that softens the face and removes blemishes and has a f2.0 aperture. 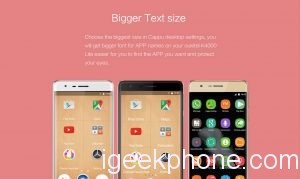 The K4000 Lite will run on Android 5.1 Lollipop and comes with a default U.I called the Cappu Desktop. The Cappu Desktop is a unique interface that offers  much more brief and bigger App interface. The Icons are like big tiles, the text size is bigger and it lets you add your favourite apps on the front tiles like your Wiindows 8 Desktop. It improves readability and provides quick access. If you find the Cappa Desktop weird then don’t worry, you can change it to classic theme by using the app launcher. To add, the K4000 Lite has gestures support. Like you can draw a ‘M’ to play songs or ‘E’ to open your browser. 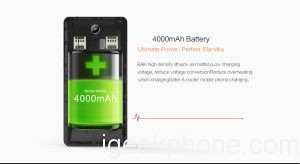 The K4000 Lite runs on a massive 4000mAh battery that gives you 72 hours of talktime and can easily support your normal usage for 4 days. It comes with a power saver battery mode to save those precious %’s when you are running low on battery. It supports 4G and has WIFI and Bluteooth v4.0 for connectivity. Just check if your local network is supported on this phone if you prefer to buy one. 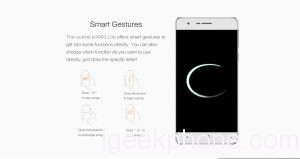 Verdict: Except for the processor, everything on the Oukitel is top notch when compared to device around its price range and if its enough to impress you, have a look at it. You can buy it for just 80$ by clicking here -> Oukitel K4000 Lite .

$4 off for EM95X Amlogic S905X BOX from Geekbuying

7% OFF For All Latest Smartphone from GearBest