On May 15, Realme returning to the Chinese market will release its first domestic model – the Realme X. So many media representatives have got their invitations letters. This not only made a huge stir but also revealed some rumored features of this handset. 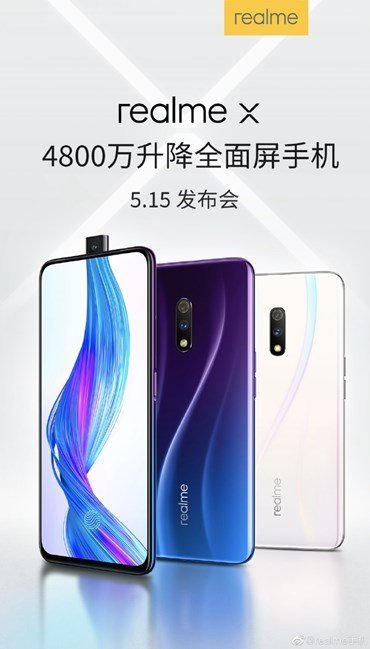 Previously, we have heard the Realme X will be equipped with a 6.5-inch AMOLED display with a resolution of 2340×1080. Its dimensions should be 161.2*76*9.4mm, and its weight will be 191g. On the back, the phone will sport a dual-camera accompanied with a flashlight. The camera is not prominent, below is the Realme logo.

This morning, OPPO officially uncovered the Realme X’s design. As assumed, it will use a lift-type full-screen design, a rear 48MP camera, and a screen fingerprint recognition technology. 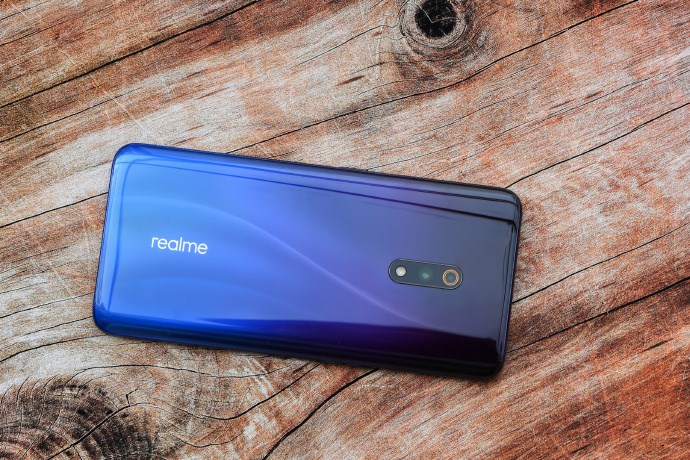 All these should be enough to attract you, but there was another news coming our way from this manufacturer and this handset. The first photos of the real Realme X were released. It turns out, apart from the aforementioned features, the Realme X will have to color options, including the punk blue and steam white. Moreover, it’s said this phone will cost around 2000 yuan (this is equivalent to $291). 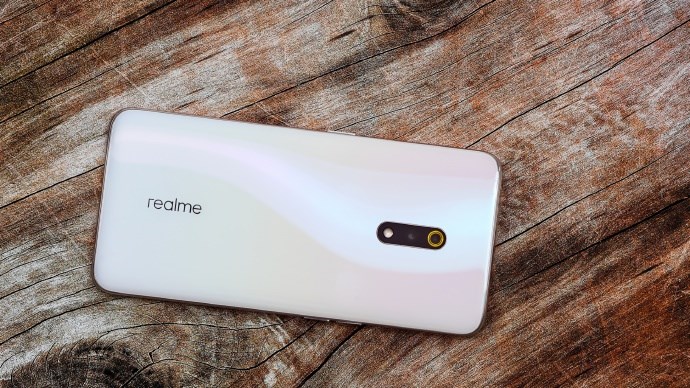 However, there are still a few features that remain unknown at this moment. Say, we have no official information about what processor it will use. And if it is packed with a relatively weak chip, maybe it won’t be too competitive because there are many pop-up camera smartphones with a 48MP (IMX586) camera, screen fingerprint unlocking, and fast charging. By the way, this phone is said to support VOOC flash charging 3.0 found on OPPO flagship models.