This afternoon, the Samsung Galaxy A8s smartphone was officially released, Samsung A8s uses ‘black vision’ full-screen, which is also known as the hole screen or the Infinity-O screen. The camera is placed in the upper left corner of the display. The back of the phone features a three-camera design. This is the world’s first in-screen camera phone. Also, the Samsung A8s uses a gradient glass body, which will be available in multi-color and multi-gradation options, including Aurora Black, Elf Blue, and Alien Silver. In addition, there are various customized themes to match the back color as well as your mood. The Galaxy A8s can be pre-ordered on December 21, but the price has not been announced yet. 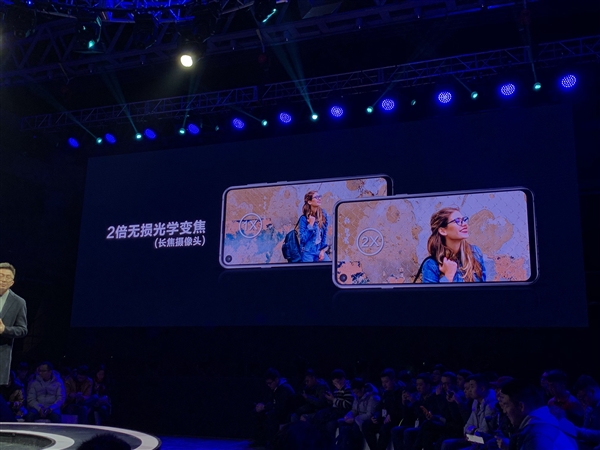 It features a 6.4-inch screen with a resolution of 2340×1080. It uses through-hole technology to open the backlight layer and the LTPS liquid crystal layer to prevent screen leakage. Under the hood, it carries a Snapdragon 710, which is paired with optional memory combinations such as the 6GB + 128GB or 8GB + 128GB. The Samsung Galaxy A8s comes with Android 8.1 system out of the box. The phone supports the new Bixby, giving you a better artificial intelligence experience. It cancels the 3.5mm headphone jack and uses the USB-C interface instead. The three lenses on the back have resolutions of 24MP, 5MP, and 10MP resolution, while the front carries a 24MP camera. 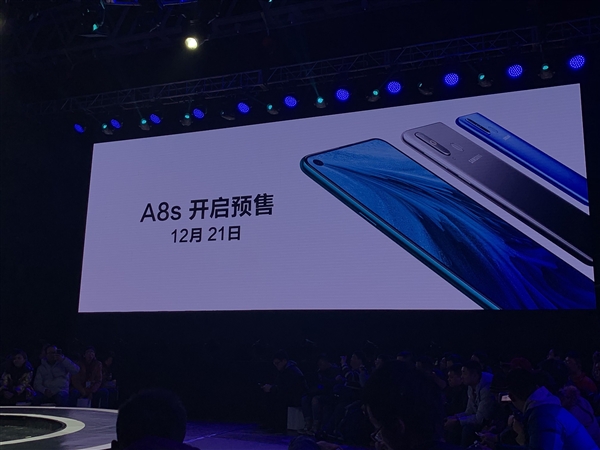 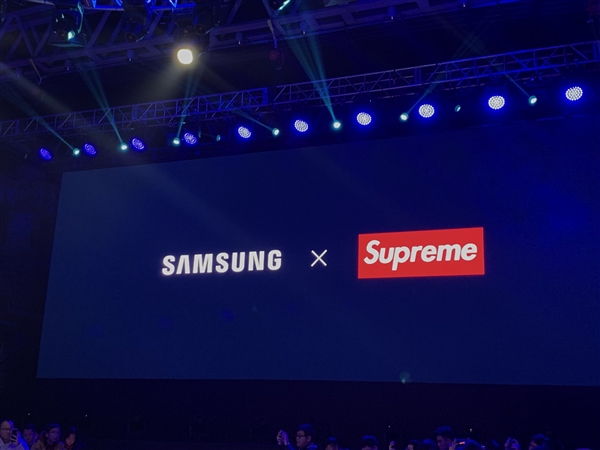 In addition, Samsung announced its cooperation with the Supreme. Supreme announced that it will hold a brand launch conference in Shanghai next year, and the first Supreme China flagship store will be opened in Beijing.