Home » News » What New Products Are Scheduled To Launch This Month?
News

What New Products Are Scheduled To Launch This Month?

Below, we have sorted out the 10 conferences that will bring new models.

Say, tomorrow, on October 18, three new smartphones will be announced. Among them, we can mention the Huawei Enjoy 10, ZTE’s new phone with a big screen, large memory, and long battery life, and iLa (small pepper) new machine.

According to the information of the Ministry of Industry and Information Technology, the Huawei Enjoy 10 is equipped with a 6.39-inch screen that uses a punch-hole design and has a resolution of HD+. Under the hood, it will carry the Kirin 710F processor. On the front, there will be an 8MP selfie shooter, while on the back, we can find a 48MP + 8MP dual-camera. The battery capacity is 3900mAh. 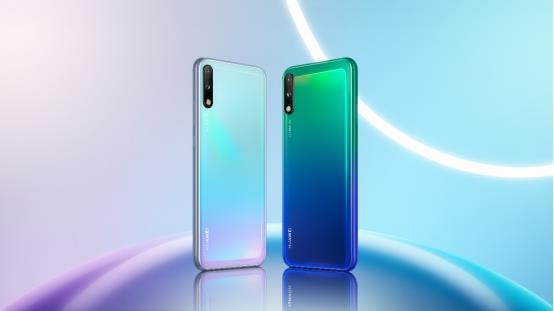 On October 21, Redmi will launch the first AMD notebook, continuing to focus on the ultimate price/performance ratio. At present, the company has announced that this new notebook will be equipped with the ‘full-blood version’ Ruilong 5 3500U and Ruilong 7 3700U processor, based on a 12nm process, and comes with up to 4 cores and 8 threads. It is currently the most competitive AMD chip on the market.

On October 22, the Honor 20 Lite will be released. It is reported that the phone is a ‘small smartphone’, with a 73.5mm width, 7.7mm thickness, and a weight of 172g. But under the hood, it will carry a 4000mAh. On the rear side, we can find a triple-camera, while on the front, there is a screen fingerprint. As for the price, it is expected to continue the pricing policy of the original model and will be available for 1399 yuan.

On October 23, Meizu will bring the big screen entertainment flagship Meizu 16T. It is specially designed for young people, with high performance, large battery, thin body, and so on. The Meizu 16T will be equipped with a 6.5-inch symmetrical full-screen. The latter will have a resolution of 2232×1080. This is a flagship product, so not accidentally, it will sport the Snapdragon 855, paired with a 6GB of memory and a 128GB of storage. The front camera resolution is 16MP, while on the back, it will carry a 12MP + 8MP + 5MP AI sensors combination. The battery capacity is 4400mAh. This won’t sound surprising if we don’t know its thickness. It’s 8.3mm only and weighs 183g. The Meizu 16T should be priced between 2000-2500 yuan and is competitive in the same price models with Snapdragon 855.

On October 23, Hisense will also release the A5 and dual-screen phone A6L.

On October 24, VIVO will release the iQOO Neo Snapdragon 855 version.

On October 31, the Hammer Technology will hold the first new product launch of the Nut Mobile 2019 in Beijing, officially releasing the Nut Pro 3.

A source said that Apple will launch the 16-inch version of the MacBook Pro at the end of October.