Which Chinese Brands Are Leading The Indian Smartphone Market?

Shipments in the smartphone market in most parts of the world have shown a slowdown or decline, while the performance of the Indian market has surprised the outside world.

At present, the Indian market has continued to lead the global smartphone shipment growth for several quarters. The factors behind this growth are thought to be the following: functional machines are rapidly declining and demand for smartphones is gradually rising.

In India, every quarter, tens of millions of consumers buy their first smartphone. It is no wonder that Samsung, Apple, Huawei, Xiaomi, OPPO, and VIVO are all in full swing, hoping to occupy the market to a greater extent share.

Smartphone sales in the Indian market are eye-catching 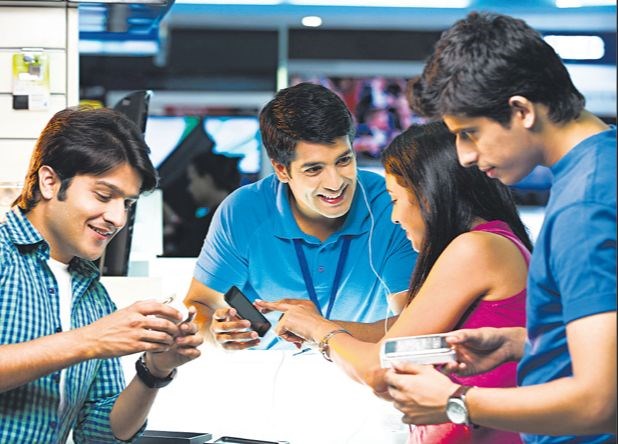 At the same time, IDC’s data shows that global smartphone shipments fell by 2.3% year-on-year in the second quarter of 2019, while India is a rare highlight.

Today, the popularity of feature phones that are important in the Indian smartphone market has declined, but such products still maintain a large market share. Taking the data for the second quarter of this year as an example, India sold 32.4 million feature phones, down 26.3% from the same period last year. Correspondingly, smartphones are growing significantly.

Over the years, the key elements of gaining market share in India have not changed: price! price! Still the price!

The optimization of smartphone specifications and the low price have become the consensus of major brands. According to the data in the second quarter of June this year, the average selling price of Indian smartphones is $159. IDC said that 78% of the 36.9 million smartphones shipped in India recently priced below $200. 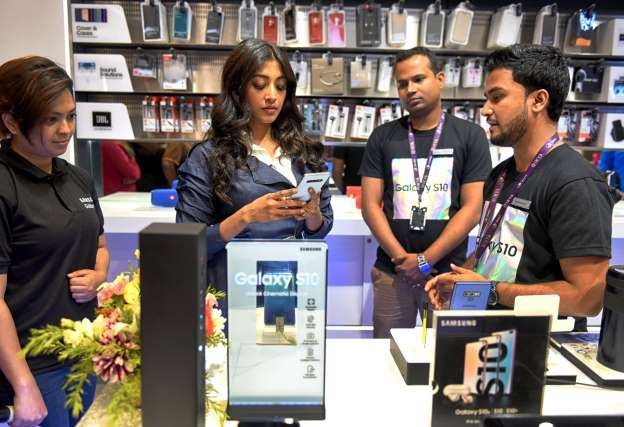 Of course, this does not mean that smartphones with more than $200 have no market in India or no room for growth. According to IDC, the fastest-growing smartphones in India are priced between $200 and $300, an increase of 105.2% compared to the same period last year; smartphone sales that range between $400 and $600 are the second, increased by 16.1% compared with the same period last year.

For example, OnePlus, a Chinese smartphone manufacturer that has positioned mid- to high-end products, currently has a market share of 63.6% in this market, followed by Samsung and Apple phones (with a market share of less than 2%).

Brand competition from offline to online

At present, domestic smartphones have already laid half in the Indian market. In many cities, the stores of Huawei, Xiaomi, VIVO, OPPO, and Gionee are everywhere. At the same time, these brands have almost completed local production in India. 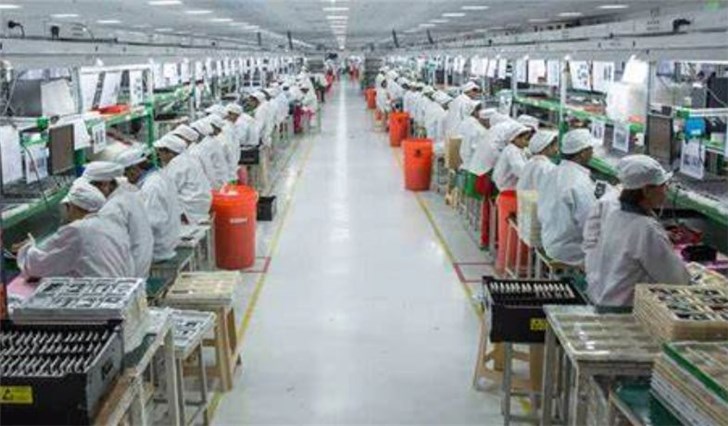 According to a survey by the Indian Association of Honeycomb and Electronics (ICEA), 268 smartphone and accessory manufacturers in India employ approximately 670,000 people. ICEA Chairman Pankaji Mosindro said recently that ‘India has achieved great success in the manufacture of smartphones and components. More than 95% of smartphones sold in India are produced in China.’

The localized manufacturing of the Chinese mobile army has also brought them good market performance. Especially in 2019, some brands have surpassed Samsung and have eroded the market for other local brands.

Among them, Xiaomi has ranked first in the Indian smartphone market for the eighth consecutive quarter. According to the latest data released by IDC this week, in the second quarter, Xiaomi sold a total of 10.4 million smartphones, accounting for 28.3% of the market share. Its closest competitor is Samsung, and the same period of smartphone shipments was 9.3 million.

The global shipments of Xiaomi’s smartphones in the second quarter of 2019 were about 32.3 million units. This shows that India has become its largest market. At present, Xiaomi is mainly based on physical store sales in India. In the past few years, it has established a wide-ranging physical store system, and these stores occupy most of the market sales.

Earlier this month, Xiaomi said that the 2,000th Mi Home store has been established in India. It is estimated that by the end of this year, the company’s physical stores will reach 10,000.

This low-end smartphone is targeted at the more budget-conscious consumer groups in the Indian market. And Samsung has also envisioned custom models including the Galaxy M10, M20, and M30. These measures are not difficult to understand. According to IDC data, the Galaxy A series of smartphones have made great contributions to Samsung’s local sales growth because of the more affordable price.

Local market analysts said that it is still difficult to see how Samsung will surpass Xiaomi. Because Xiaomi will continue to adopt a very low-profit margin strategy, that is, Xiaomi only gets 5% of the profits on any hardware it sells, which is unbearable for Samsung. Not only that, but Xiaomi has also expanded its production scale in India and created more than 10,000 jobs in the local area.

In particular, Xiaomi’s current brand strategy has moved from a single brand to a multi-brand, multi-type market. However, the change of the Xiaomi sub-brand POCO and Redmi is more interesting. At the end of July, Navkendar Singh, director of market research at IDC India, revealed that Xiaomi might plan to suspend the development of its POCO because it coincides with the market positioning of the Redmi K20 Pro. 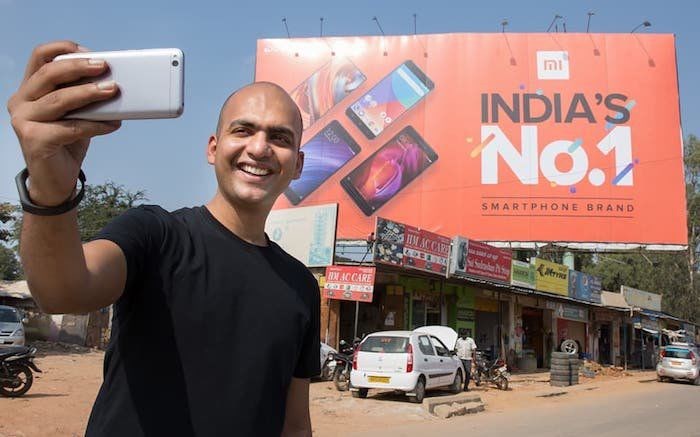 According to the data released by IDC, Xiaomi’s Redmi series in India has a great achievement. At present, Redmi 6A and Redmi Note 7 Pro have become the models with the highest shipments in the Indian smartphone market in the second quarter of this year. The Redmi 6A, which was launched in 2018, and the Redmi 7A, which was released on July 5 this year, are almost price killers.

The Redmi 6A was launched in India along with the Redmi 6 and Redmi 6 Pro and sold for less than $100, which caused aroused enthusiastic response from users. The Redmi 7A is not only equipped with AI face unlock but also equipped with Snapdragon 439 and HD+ display. The phone starts at Rs 5,799 and is also below the psychological threshold of $100.

Not only Xiaomi and Samsung, OPPO and VIVO have also strengthened infrastructure and marketing investment in the Indian market. The two companies currently spend a lot of money on marketing to sponsor the Indian Cricket League, the Indian national cricket team, and also expand their business base capabilities in India.

These initiatives have brought significant results. Currently, VIVO accounts for 15.1% of the Indian smartphone market share, which is higher than 12.6% in the second quarter of 2018. OPPO’s overall market share also increased from 7.6% to 9.7%.

Among them, VIVO launched the online flagship iQOO series. Although VIVO said iQOO will not operate independently we can see that iQOO and Redmi have no essential difference.

In addition, OPPO’s sub-brand Realme ranked fifth in the Indian market according to the data released by IDC. Realme recently officially launched the Chinese name ‘True Me’ and made its debut with the world’s first new model with a 64-megapixel quad-camera. It is reported that this smartphone will release three models, all using 64MP quad-cameras, Snapdragon 665, 712 and Snapdragon 855 Plus processors. 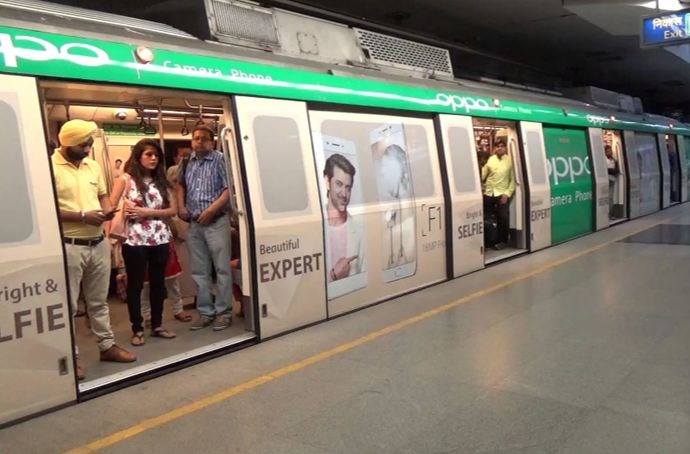 According to public data, by 2022, the number of Indian smartphone users will increase from the current 450 million to 859 million. Perhaps the competition between Chinese smartphone brands and Samsung and local well-known brands will become more intense and more exciting.