Which Countries Allowed Their Telecoms to Purchase Huawei’s 5G Equipment?

Although the United States has obstructed the Huawei’s 5G, the company has won 50 5G commercial contracts worldwide in June 2019, 28 of which were signed in Europe. Huawei’s 5G equipment is not only cost-effective but also take into account the quality. They have won wide acclaim from users. Recently, a HuaweiCentral has released the Huawei 5G global distribution map: 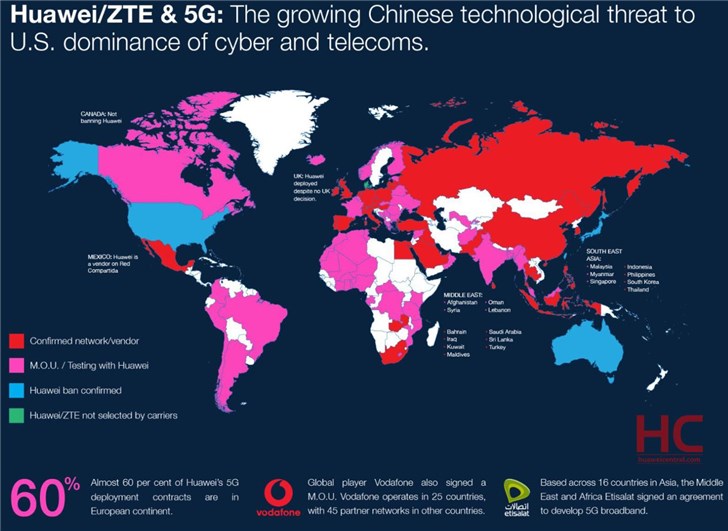 “Huawei is following closely the 5G framework of the EU, and fully supports this framework,” Chen Lifang, Director and President of the Public Affairs and Communications department.

It is reported that Trump had previously asked European allies to remove Huawei from its 5G infrastructure, but some EU countries denied it. Huawei executives have previously stated that they plan to build 500,000 5G base stations by the end of this year and have more than 2 million Huawei 5G base stations in the next two years.

The following countries decided to allow their telecoms to purchase equipment from Huawei: