Xiaomi Mi 9 Camera Preview: Everything You Should Know

Today, Xiaomi Technology founder, chairman, and CEO, Lei Jun announced that the Xiaomi Mi 9 will be equipped with Sony’s current highest-pixel IMX586 sensor, which has a 48MP resolution. Subsequently, Lu Weibing, vice president of Xiaomi Group and general manager of Redmi brand, confirmed that the sensor used in Redmi Note 7 Pro is also the Sony IMX586, and the ISP has been greatly improved in comparison to the original Redmi Note 7. 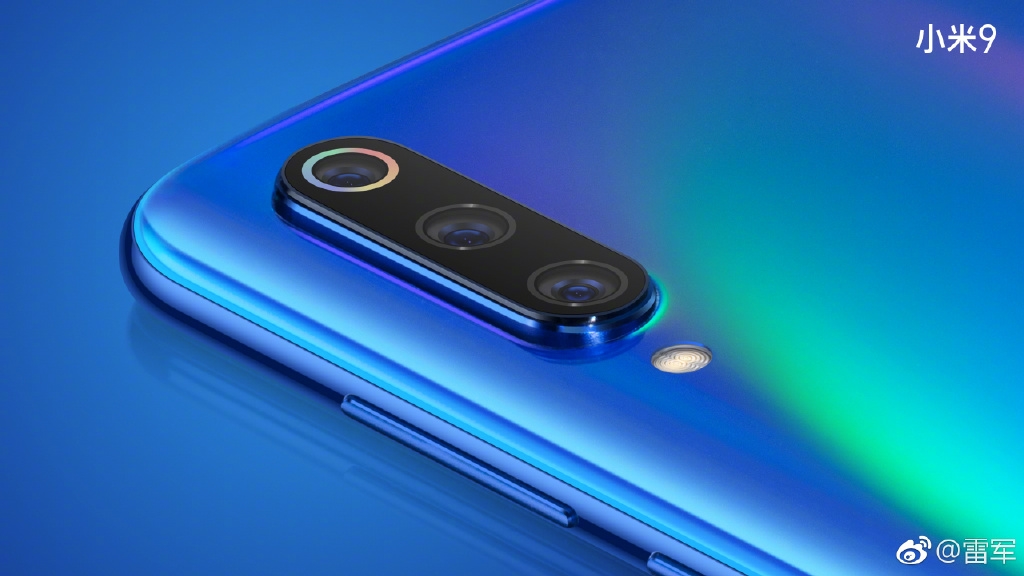 As we know, the current Redmi Note 7 sports a 48MP camera, but it uses another sensor of the Samsung GM1. The latter is not a ‘clear’ 48MP CMOS but provides such a resolution through pixel interpolation. Unlike this, it is reported that the Sony IMX586 supports four-in-one imaging technology, intelligently aggregated into 1.6μm large pixels in a dark environment, capturing more details and better imaging results. It also comes with the advantages of night shooting. Thus, not only the brightness of the picture is higher, but the purity is also good. 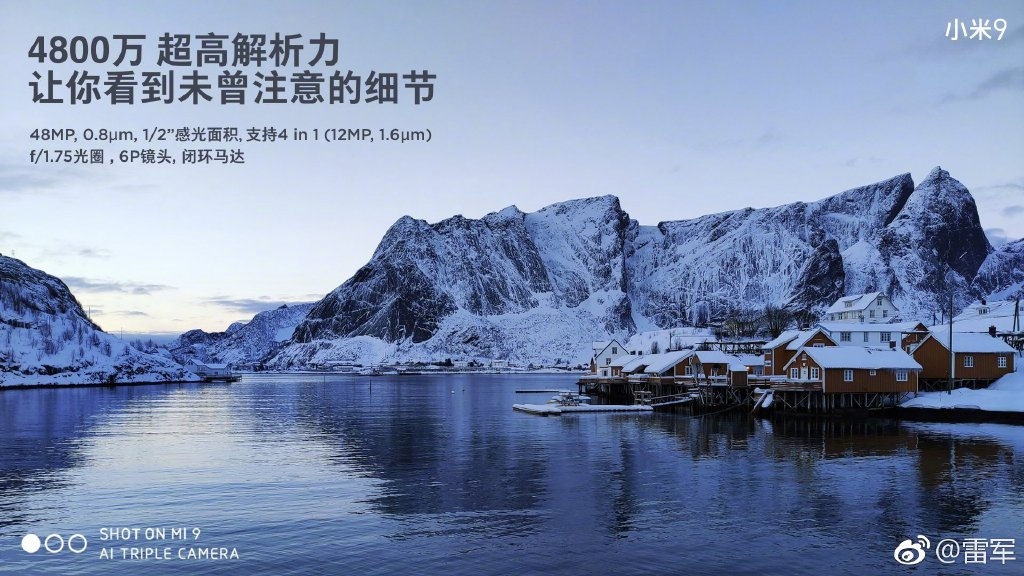 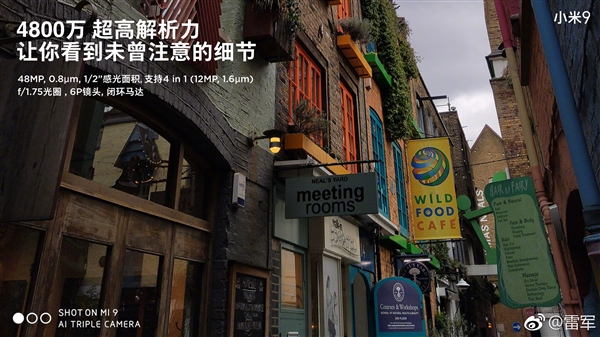 Lei Jun said on Weibo that the Sony IMX586 not only has a larger resolution but also brings more details and stronger performance. The details are clearly displayed during the zooming process, and the zooming capability (‘telescope’) that is achieved in the super-long focal length can also be cropped.

Also Read: Xiaomi Mi 9 Coming On February 20. What We Know About It So Far?

According to the combination of today’s leaks and official information, the Xiaomi Mi 9 will sport a three-camera, which will consist of: 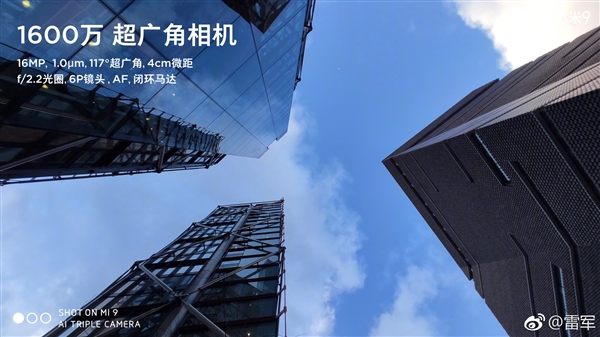 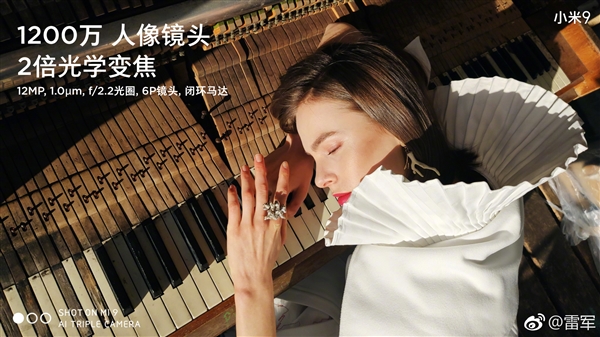 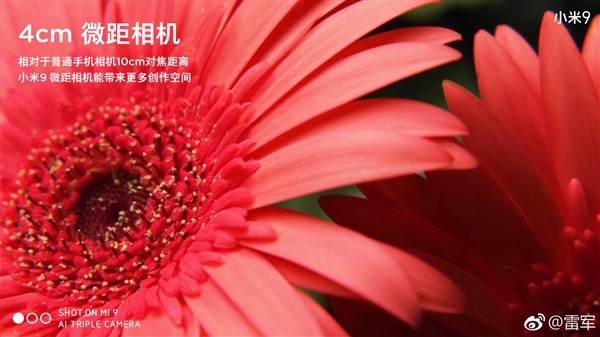 Moreover, the front-facing camera is said to come with a 20MP main lens, supporting all functions of Xiaomi AI beauty.

The Xiaomi Mi 9 is said to support contrast, phase, and laser hybrid focusing. Laser focusing improves the focus success rate in areas where the macro, low light environment, and contrast are not obvious enough. It can successfully focus even in almost all black environments. At the same time, laser focus can also achieve face tracking assisted focus, which can be used to optimize white balance debugging through infrared spectrum detection. 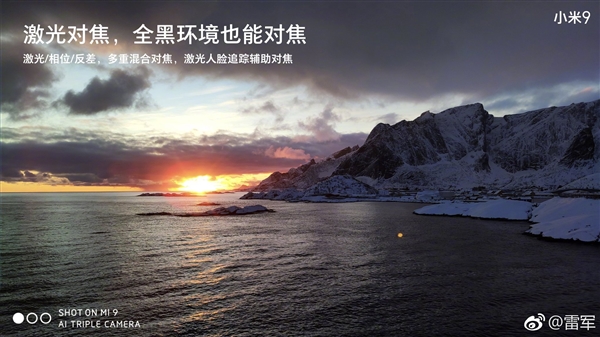 In addition to the work done on laser focusing, the Xiaomi Mi 9 also uses a Close loop VCM motor. Here is a brief introduction. VCM is a motor that drives the lens to change the focal length to achieve focus. Compared with the common open-loop motor, the closed-loop motor reduces the number of times the lens moves back and forth, helping to improve the focusing speed of the camera. According to Lin Bin, the cost of a closed-loop motor is two to three times more than that of the open-loop motor. 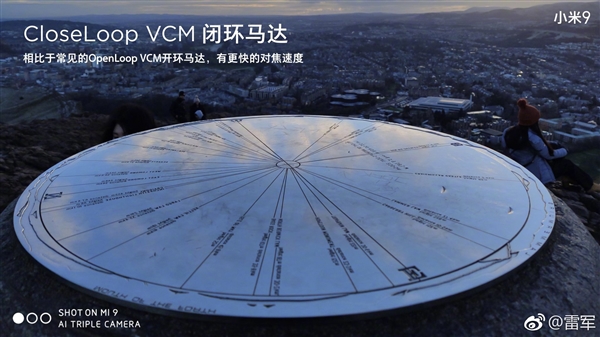 The reason for using the closed-loop motor on three cameras is to ensure whether it is in a normal 48MP ultra-light mode or optical zoom portrait mode or super wide-angle mode or 4cm macro mode. Knowing this, the focus speed will be faster and more accurate, guaranteeing the same high-quality experience without any constraints.

Lin Bin released a real sample of the 96MP ultra-wide-angle lens of the Xiaomi Mi 9 on Weibo.

Plus, below we can also see the anti-distortion algorithm in use. 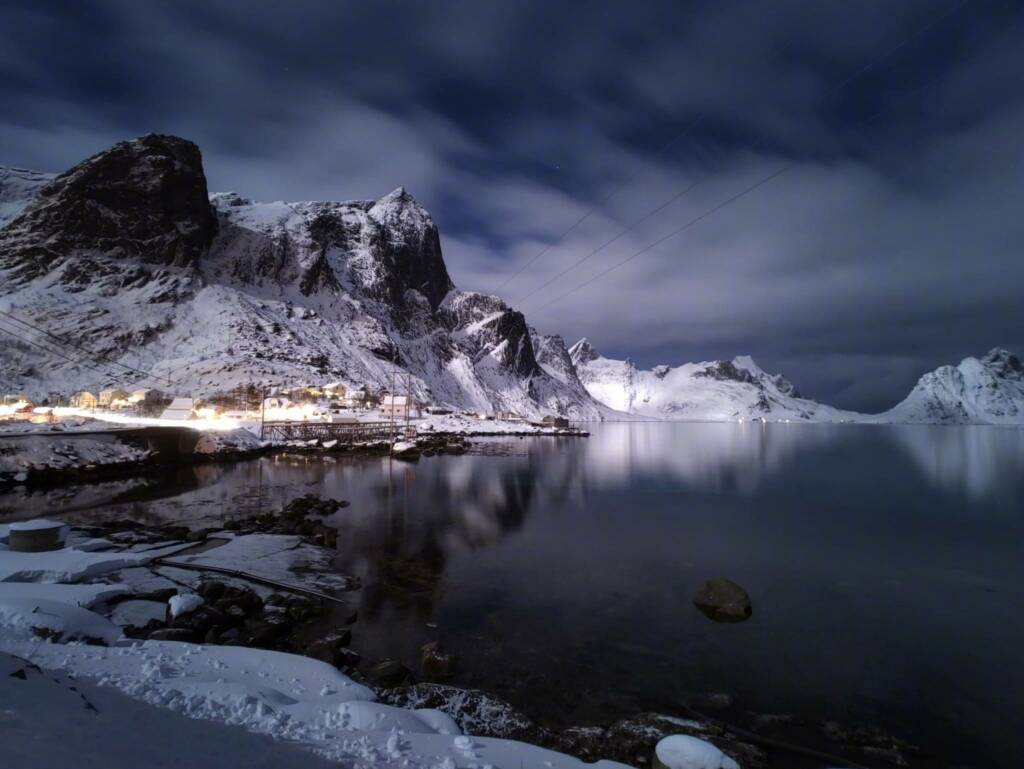