We know Xiaomi should announce two 5G smartphones soon. Today, the company issued a statement disclosing the names of the upcoming handsets. It turns out, on September 24, we will see the Xiaomi Mi 9 Pro 5G and the new Xiaomi Mi MIX 5G era concept phone. The latter is rumored to be the Xiaomi Mi MIX 4. By the way, at the same conference, we will also meet the new MIUI11 system and the new Xiaomi Mi TV Pro, which is going to be a genuine full-screen TV product supporting 8K resolution. 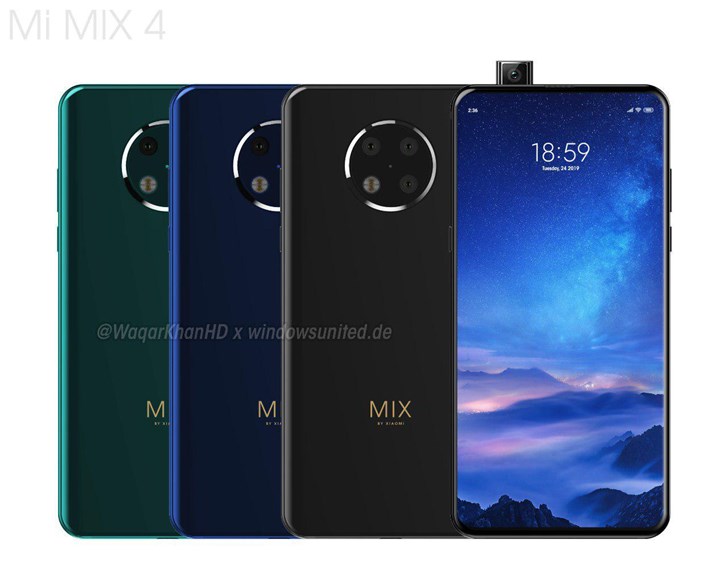 According to WindowsUnited, through the MIX lineup, Xiaomi can stimulate other manufacturers to innovate and change their designs.

We have heard too much about the Xiaomi Mi MIX 4. But they all are considered to be based on rumors. Anyways, this doesn’t mean the handset won’t come with them. Say, we have heard it will be equipped with a camera that has up to 108MP resolution. Not only that, the Xiaomi Mi MIX 4 is assumed to come with a Snapdragon 855+ SoC, 12GB of memory, and up to 1TB of storage. Under the hood, it should also sport a 4500mAh battery and support 40W fast charging. The device is also expected to achieve a front-facing, borderless 90Hz display that features a pop-up camera.

However, if these features appear on the phone, it will affect the pricing. According to some sources, its price may vary around 500 pounds.

But we should also take into consideration that these are just rumors. And the final specs list will be announced in a week.