Today, Xiaomi officially released the Xiaomi Mi MIX Alpha 5G concept smartphone. The latter adopts a 180.6% ratio screen, while supporting dual card 5G, and comes with a 100MP three cameras. The phone is priced at 19,999 yuan ($2810) and is expected to be officially launched at the end of December. 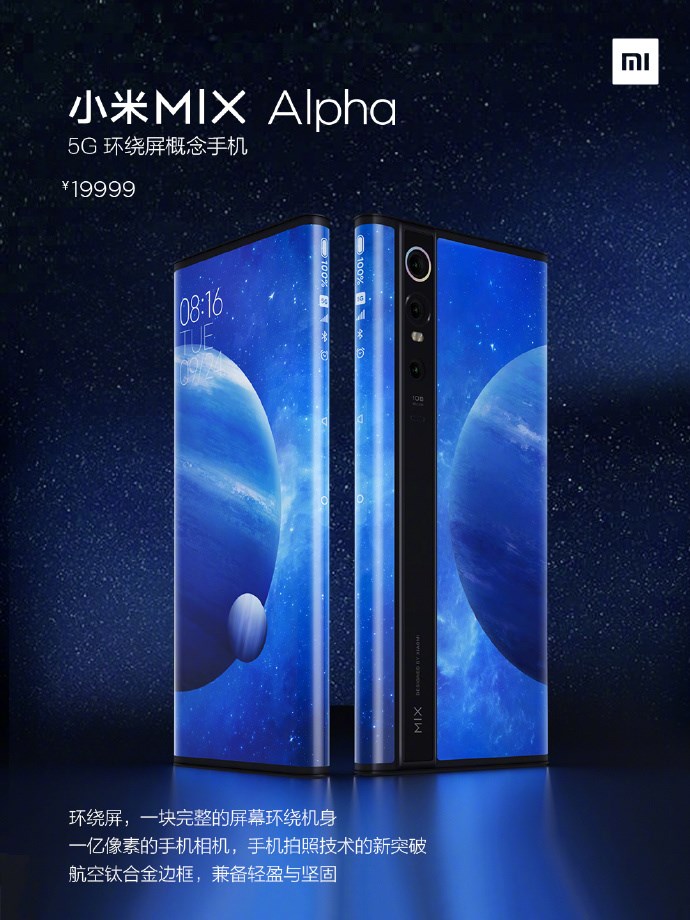 The Xiaomi Mi MIX Alpha 5G concept phone uses a complete surround screen with a screen ratio of 180.6%. The phone cancels the handset, front camera, side buttons, and the chin and forehead only retain 2.15 mm of space. 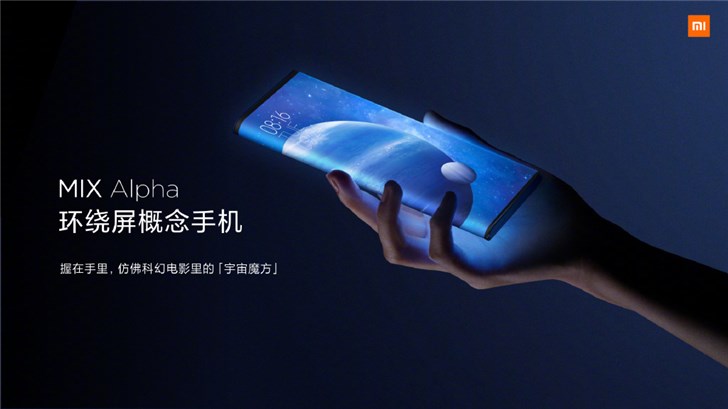 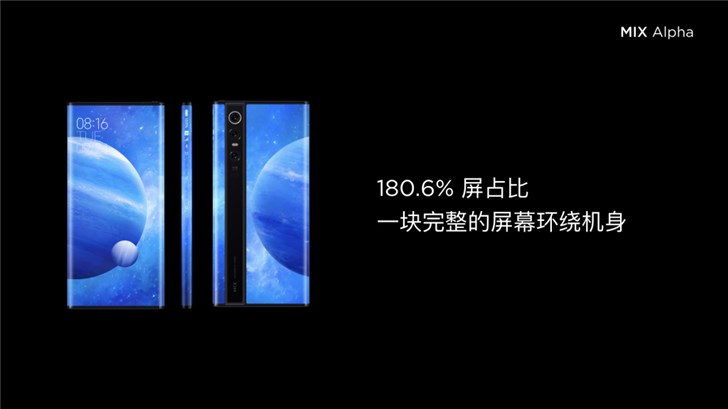 The side of the Xiaomi MIX Alpha 5G concept phone displays the battery power, system-related information, and notification information. The antennas on both sides are driven by dual display chips, both of which support pressure sensing and a built-in side linear motor. The entire screen uses a layered fit and a screw-in assembly technique. At the same time, it comes with a flexible screen fingerprint, ultrasonic distance sensing, and other technologies. 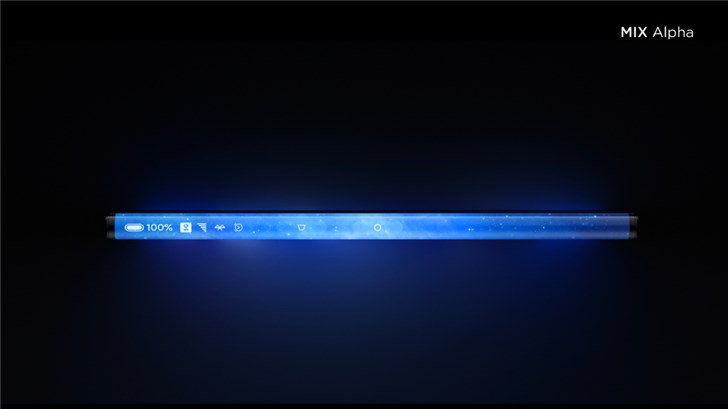 The screen can be switched automatically after the phone is flipped. In addition, there is a light application center on the back of the Xiaomi Mi MIX Alpha 5G concept phone. So users can customize calendar, weather, system status, and other information and applications as needed. 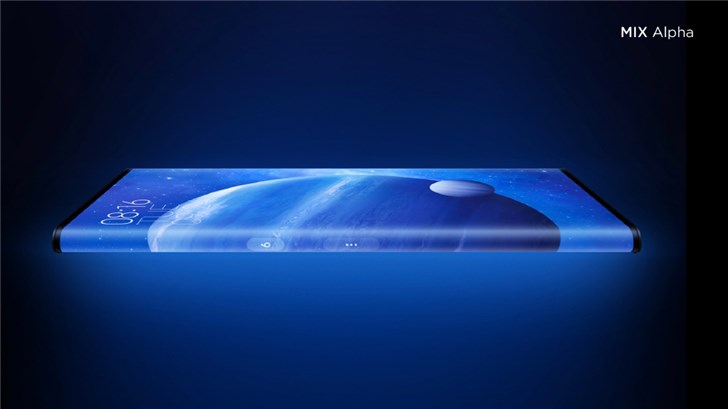 In order to prevent screen misuse, the MIX Alpha 5G concept phone supports multi-sensor and AI algorithm to accurately identify the current use of the screen. Thus, it suppresses other areas of touch. 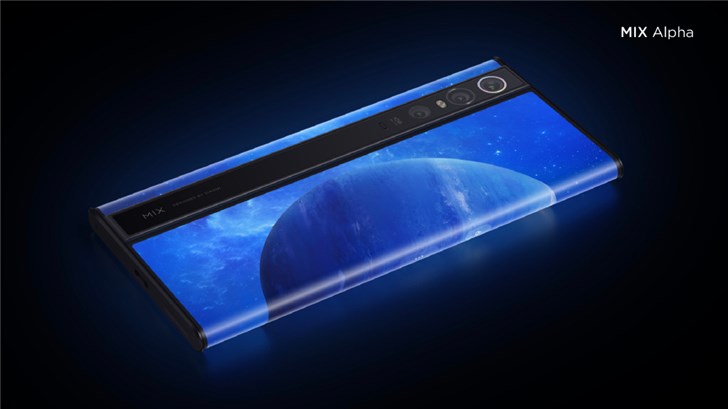 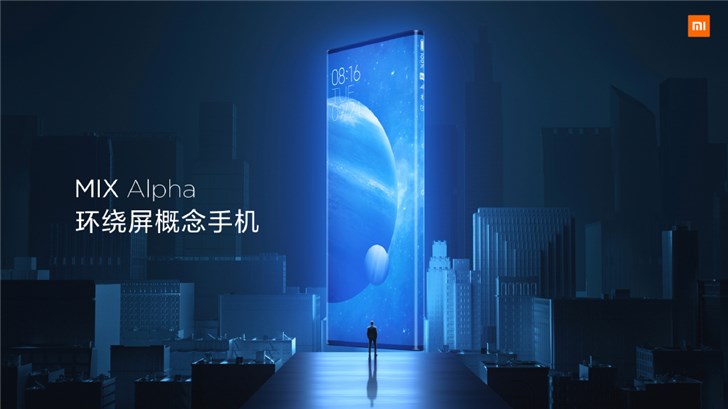 The Xiaomi Mi MIX Alpha 5G concept phone camera module also has a full sapphire glass protection. It uses black precision ceramics on the back. The frame of the whole machine is made of titanium alloy, and its strength is three times that of stainless steel, which can ensure the structural strength of the fuselage.

Under the hood, this handset sports the Qualcomm Snapdragon 855 Plus chip, which is paired with a 12GB RAM and 512GB UFS 3.0 storage. The nano silicon battery has a capacity of 4050mAh. It supports 40W wired flash charging. There is also a 1.0cc large sound chamber. 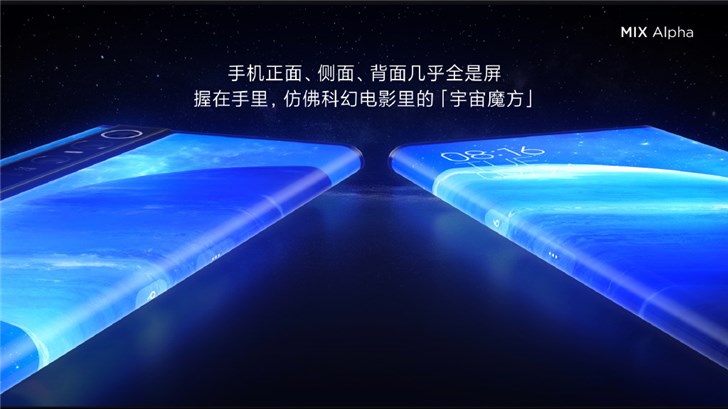 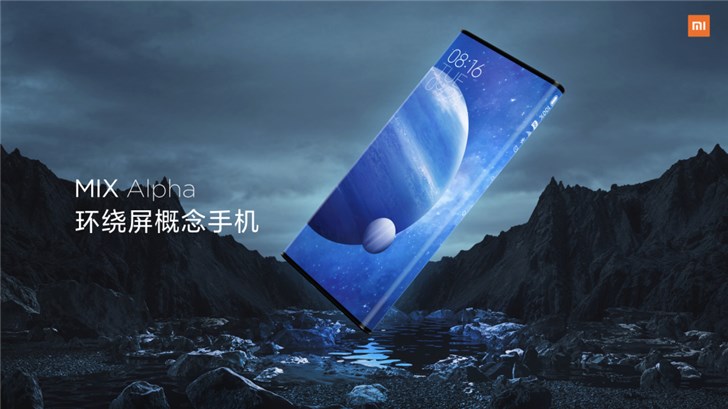 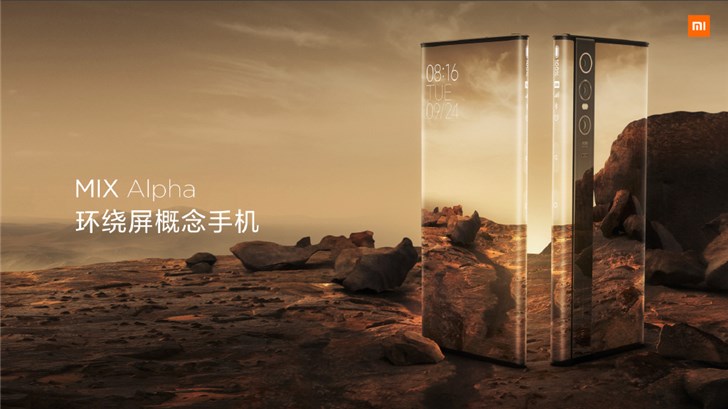