Xiaomi released the Mi MIX Alpha 5G concept phone with a surround screen this week. As you know, the most eye-catching feature is the use of a 7.92 -inch flexible OLED panel. The screen supplier is Visionox. After the official announcement, Visionox’s OLED panel will go one step further. The production of the fully flexible AMOLED module in Zengcheng, Guangzhou started with an investment of 11.2 billion yuan ($1.57 billion). 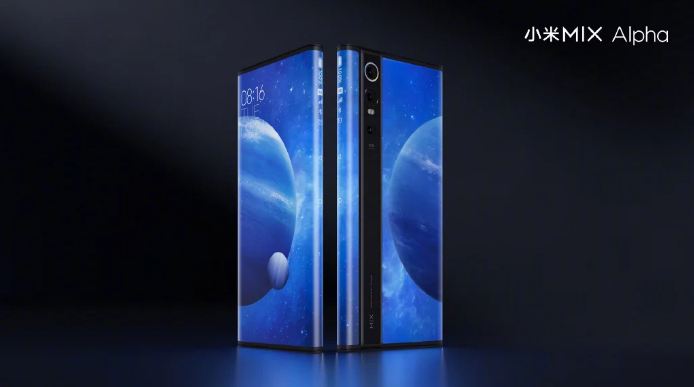 This production line project was officially approved by Visionox in August this year. Until today, we have had no certain information on how much this project will cost. That’s why many users were doubting whether the Xiaomi Mi MIX Alpha will go on sale before the end of the year. Now we know the active-matrix organic light-emitting (AMOLED) module production line project has a total investment of 11.2 billion yuan.

The two parties agreed to establish a project company with a registered capital of 5.6 billion yuan ($0.79 billion), of which 4.6 billion yuan (82.14% of equity) will be invested by the state-owned enterprises of Zengcheng District.

According to reports, this is the first fully flexible AMOLED module production line. As the company proves, the above-mentioned production line focuses on 6-18 -inch full-flexible AMOLED modules, covering emerging applications such as curved surfaces, folding screens, wearable screens, and car displays. At the same time, the production line has a high expansion technology space, which can fully cope with the full-form flexibility of future terminal customization and panel product requirements.

In other words, Visionox that is the most important supplier for the Xiaomi Mi MIX Alpha phone is going to invest billiards of dollars in establishing a new factory. That’s not difficult to guess the main goal of this factory will be the provision of all-surface screens to Xiaomi. This also means Xiaomi (and/or other manufacturers) will be designing identical products soon.