Xiaomi has announced Xiaomi mi VR Play version at 49 yuan, $10 official price, it has been preordered in 8 hours over millions of units, so how is it? Let’s share with you. 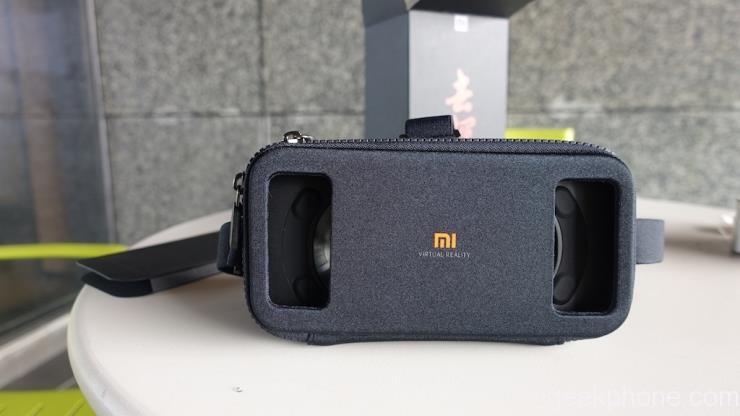 Although this Xiaomi mi vr play version plays a lot of tricks such as pull chain design, lycra cotton material, many sorts of fancy designs, in fact, it’s just a cotton Cardboard, which has no substantial difference from plastic cardboard or common cardboards. 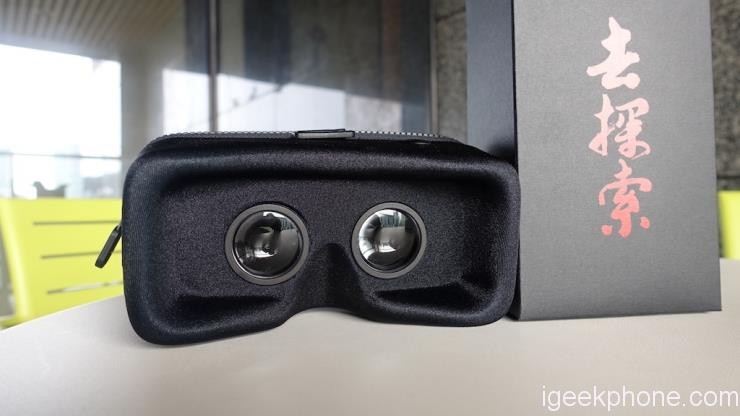 It’s very honest that Xiaomi announced it is a toy without holding press conference.

This design has also shown very respect to Cardboard, first of all, it doesn’t make very wide viewing angle, but official said the FOV is not lower than 93 degrees, compared with Gear VR with 96 degrees (the newest is 101 degrees). In addition, when we take the VR out, it has no strap, which applies to light VR experience. It also has a button on the top right same as Cardboard II in operation. 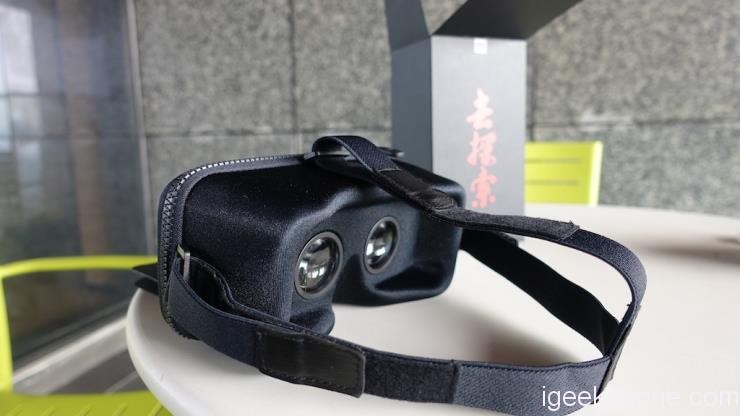 As for experience, we need to connect phone to operate frequently,  we think chain design is not as convenient as button design, cloth material is more comfortable than Cardboard, but not comfortable than pad of cotton. As for cooling, it causes heat like other Cardboards.

Experience: Will it be dizzy? Of course yes.

When we play Xiaomi MI VR, we still feel dizzy as others. And in note, Xiaomi also tells us that when we experience VR headset, we may feel dizzy, just use it properly.

In addition, when we switch to VR split screen mode in Xiaomi VRapp, check the screenshot below about the warning. 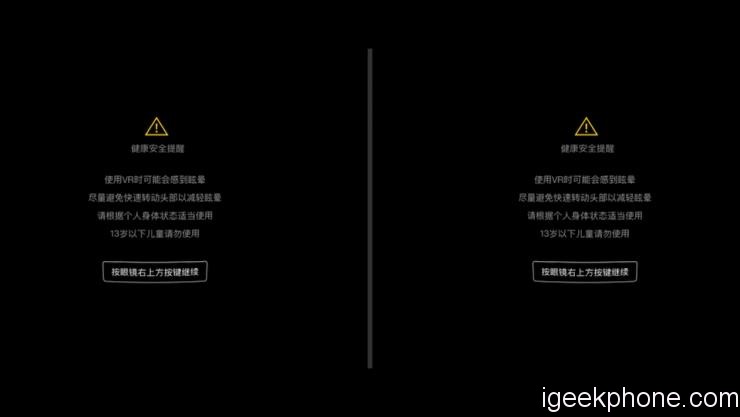 In order to reduce dizziness, Xiaomi reminds users that try to avoid quick turns your head to relieve dizziness, use it according to personal body state, Children don’t use it under the age of 13.  In fact, when we use it, we feel this kind of dizziness. So we hope every Cardboard should give this kind of reminder. 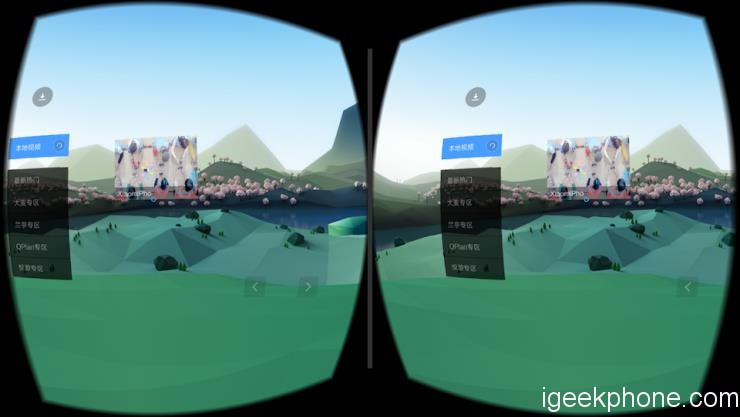 There is a VR interface in Xiaomi VR APP, check photo above, there is a cinema mode, see below, which is used for watching non-panoramic video in large screen way in VR interface. In real experience, cinema mode has actually large screen feeling, but due to low screen resolution, the screen quality is not so fine. 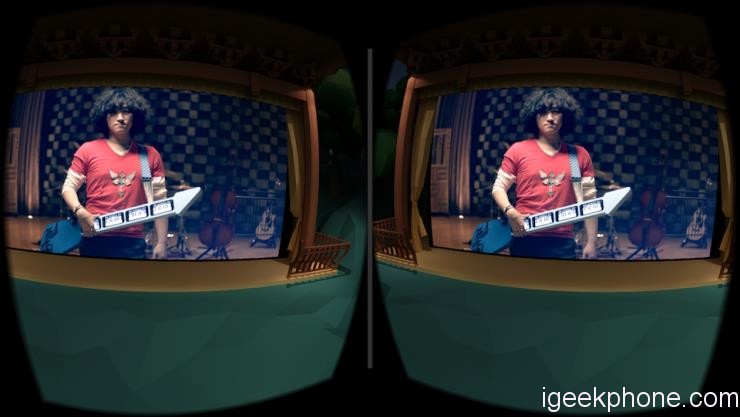 For xiaomi, the more important part is the VR app and the content not the cardboard. 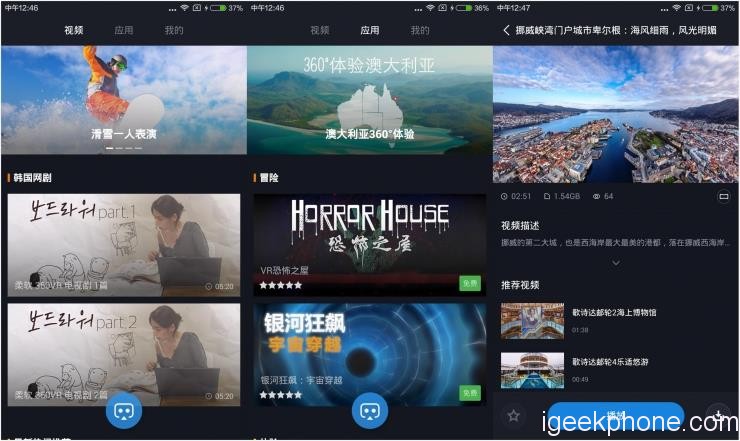 In content, Xiaomi mainly provide panoramic video and application, which conforms to the cardboard position, it’s better for watching, but hard to play VR games. Currently there are a lot of videos and apps, and filter by Xiaomi.

It provides VR video downloading in App, and play them online, but we found a a 3-minute video with good quality is over 1GB storage, which is common to a normal movies that has 2 hours. For a smartphone with ROM 16GB, it will not store VR video less than 1 hour. So if we need to store more, a large SD card will be necessary.

Xiaomi Mi VR Play version is only a toy mainly used for watching VR videos, we can’t turn our heads quickly. So if we want a better VR experience, we can spend more in buying the other one. But Xiaomi mi VR Play is so cheap, we can have a try, of course, you can use other cardboards to watch xiaomi VR content, of course, we can use this Xiaomi VR to watch other contents. Right now here is 6% off coupon code: VRHEADSET to enjoy coupon price: $28.19 for limited quantity.