On June 12, Xiaomi held a press conference in Beijing and officially released new Redmi phones. As a new entry-level product, the Xiaomi Redmi 6 is further enhanced in terms of appearance, processor, memory, dual-camera, and price/performance ratio. The starting price is the same as last year’s Redmi 5, only 799 yuan. 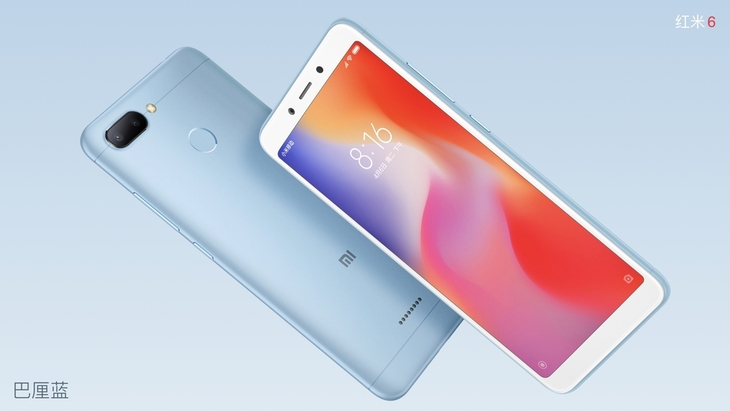 Xiaomi Redmi 6 uses a MediaTek Helio P22 processor. Just like Helio P60, the Helio P22 also uses TSMC’s 12nm technology, and CPU at a maximum frequency of up to 2.0GHz. Its performance compared to the previous generation Snapdragon 430 is increased by 27% and reached to the Snapdragon 625. 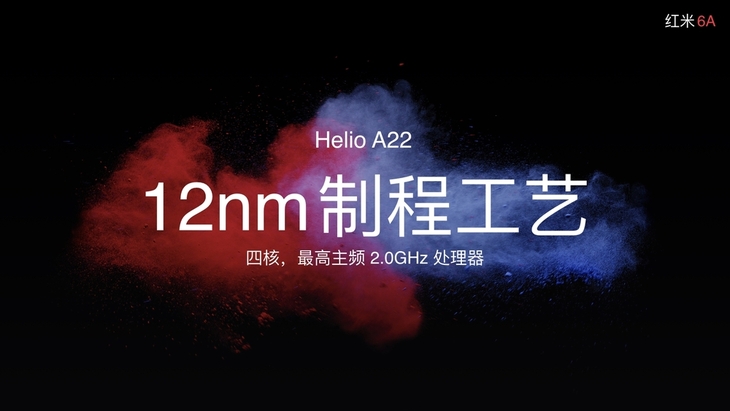 As for appearance, the Redmi 6 uses a 5.45-inch full-screen, which is equivalent to the traditional 5-inch phones. The back of the fuselage offers platinum silver, cherry powder, Bali blue and quicksand gold colors options. 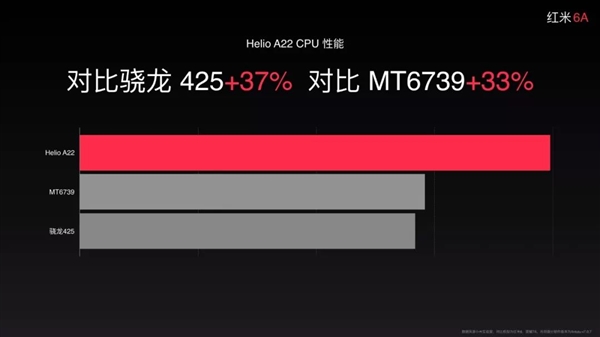 On the upper side of the fuselage, we can find a 5MP front camera, supporting AI beauty and face unlock. On the back, it carries a 12MP + 5MP dual-camera, in which the main camera has 1.25μm large pixels and supports AI portrait mode. 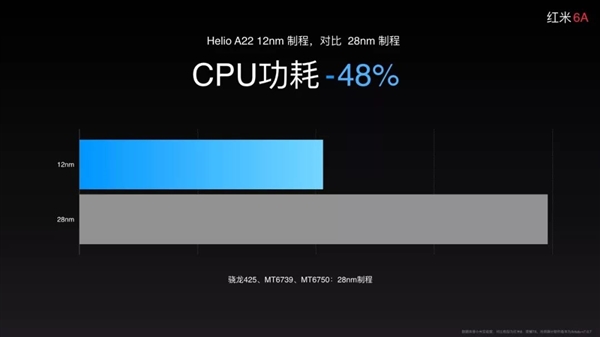 The rest of features include an AI Voice commands support, pseudo-base station intelligent recognition, photo translation and price comparison, and so on. The 3GB + 32GB is available at 799 yuan, while the 4GB + 64GB variant costs 999 yuan. 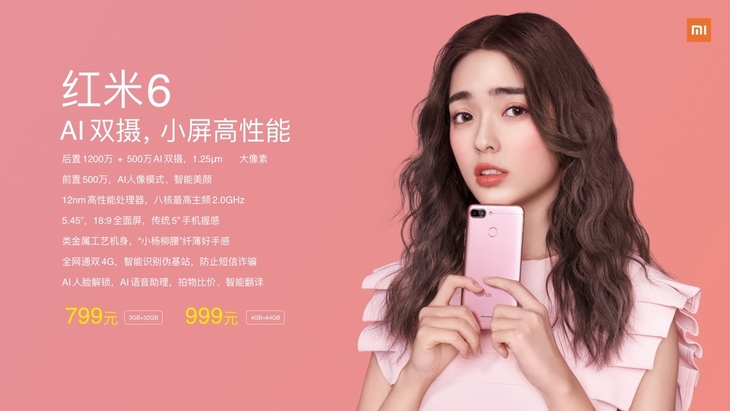 In addition to the Redmi 6, Xiaomi also released an entry-level machine dubbed the Xiaomi Redmi 6A and priced at only 599 yuan. 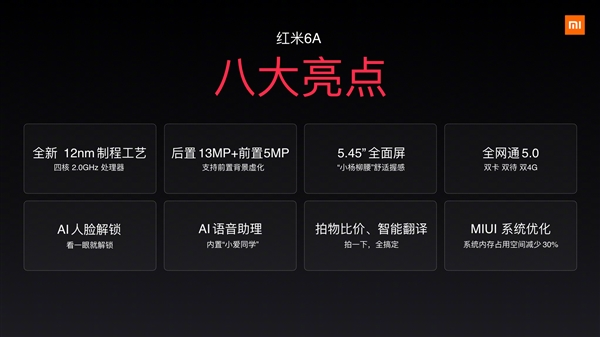 The Redmi 6A continues the slimmer body shape characteristics of Redmi  5A, claiming to have a comfortable grip. It is equipped with a 5.45-inch full-screen with a 1440×720 resolution. The phone comes in platinum silver grey, Sakura powder, Bali blue, and quicksand gold color options. 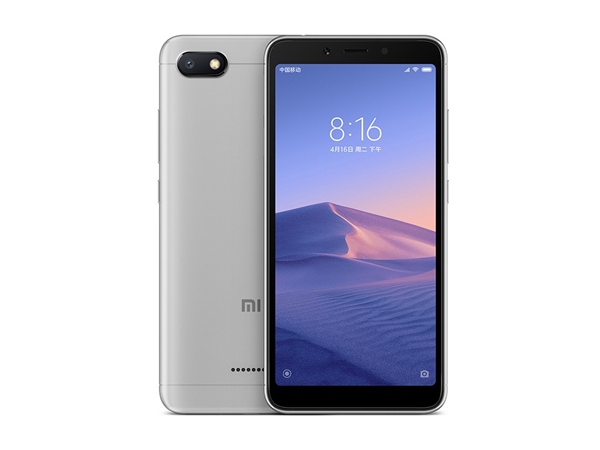 Its biggest key feature is the debut of MediaTek’s new processor, the Helio A22. It should be a derived version of the Helio P22, TSMC 12nm process manufacturing. The frequency is also 2.0GHz, but from eight cores it was reduced to four cores.

According to the official introduction, its performance is 33% higher than the MT6739 and 37% higher than the Snapdragon 425. At the same time, thanks to the new 12nm process, the CPU power consumption is reduced by 48% compared to the 28nm process. The phone is packed with a 3000mAh battery, providing up to 19 days in standby. 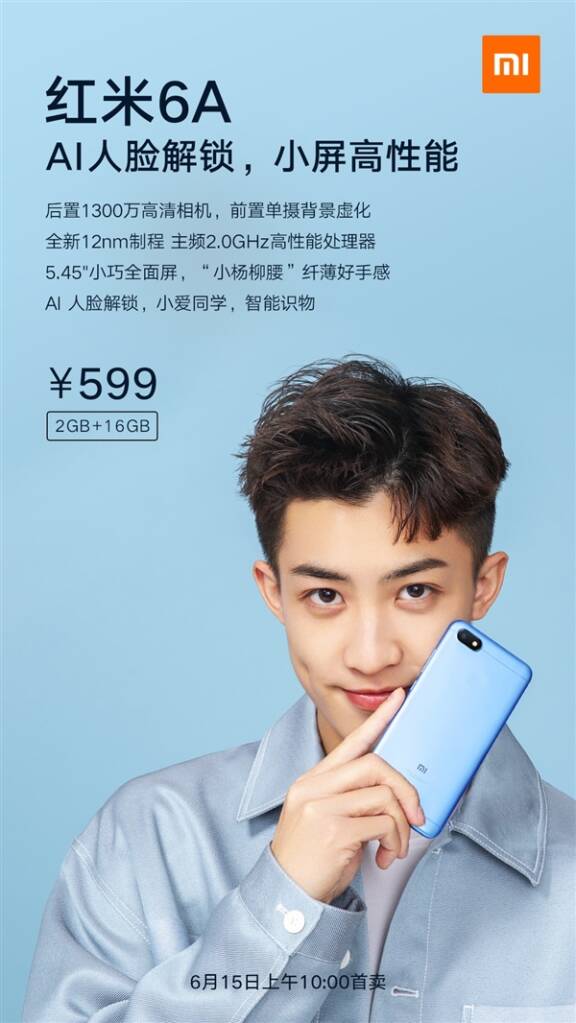 Everything You Should Know About VIVO NEX