Yesterday morning, Xiaomi officially announced that the Xiaomi TV 5 will bring breakthrough quality improvement and more unexpected surprises. It will be uncovered on November 5.

The phrase ‘breakthrough quality improvement’ caused a lot of stir on the net. But what did the company want to say with it? Anyways, the official answer didn’t make us wait for a long time. Today, the company brought an official explanation of this. 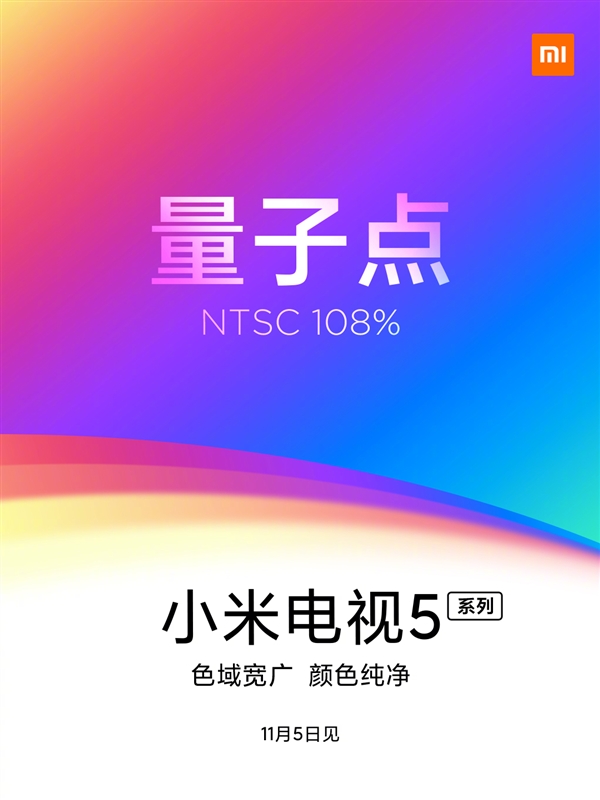 Li Xiaoshuang, general manager of the Xiaomi TV (Air Conditioning) Department, said on Weibo today that Xiaomi TV 5 will be equipped with a 4K quantum dot screen and the NTSC color gamut is as high as 108%.

The quantum dot display uses a three-primary color of red, green and blue light of solid color by a special photoelectric property of a quantum dot (QD) or a semiconductor nanocrystal for display applications. This technology can accurately transmit light, effectively improve the color gamut value of the display, and make the color more pure and vivid.

At present, Samsung, TCL, and other TV manufacturers have launched quantum dot TVs, ranging in price from four to five thousand to tens of thousands of dollars. But we know Xiaomi has been always pursuing a low-cost idea. So there is every reason to think the manufacturer will bring the cheapest quantum dot TVs to the market.

Since 2013, the Xiaomi TV digital series has launched 4 generations of products. Among them, Xiaomi TV 1 is equipped with a new MIUI TV version of the smart TV system, Xiaomi TV 2 comes standard with Soundbar and wireless subwoofer, and Xiaomi TV 4 achieves 4.9mm thickness.