On Thursday, LG said in a press release that LG Electronics will cooperate with Infineon to equip the LG G8 ThinQ smartphone with a ToF camera. It will be enabling a more secure face unlock similar to what Apple, and more recently Huawei, employs in its flagships. 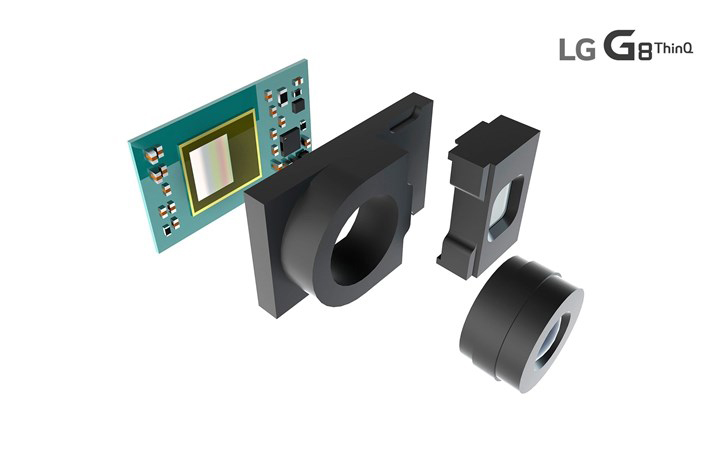 LG said that they will officially announce the new LG G8 ThinQ at this year’s Mobile World Congress 2019, and they will work with Infineon to use their REAL3 image sensor chip, based on Infineon and pmdtechnologies. The comprehensive expertise of the 3D point cloud algorithm (a set of spatial data points generated by 3D scanning) brings the depth perception of the front camera of the LG G8 ThinQ.

As a reminder, TOF (Time Of Flight) is a 3D imaging technology that continuously transmits infrared light to a target, then receives light returned from the object with a sensor, and calculates the distance of the target object by calculating the time of flight of the infrared light. Simply put, the depth of field information of the Z axis is added to the conventional 2D image to generate a 3D image. According to LG, ToF can perform deeper information mapping more efficiently in ambient light, reducing the workload of the application processor and thus reducing power consumption. 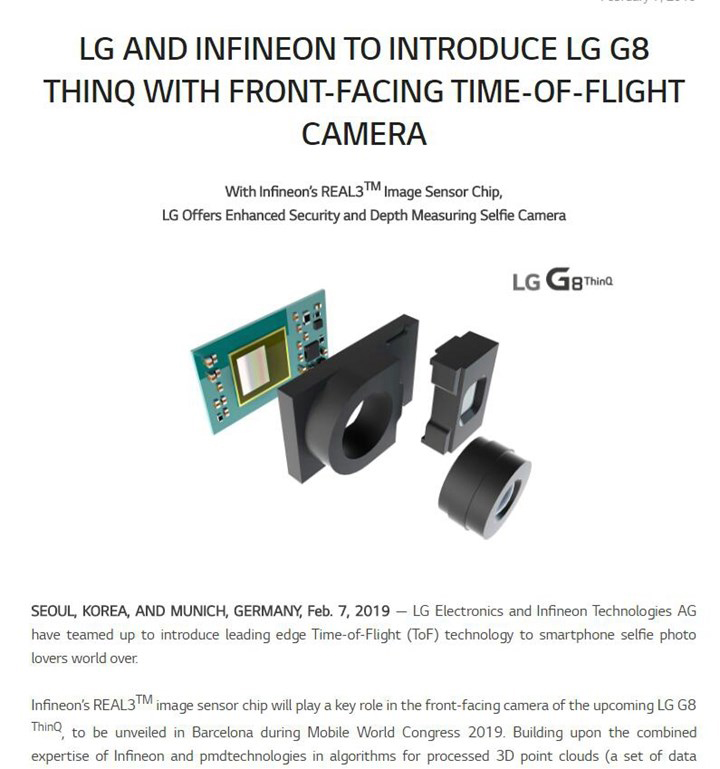 It has been previously reported on the interwebs that LG is also prepping a V50 ThinQ smartphone for the global tech show in Barcelona, however, the blog post mentioned just the LG G8 ThinQ as of now.