OnePlus 3 vs LeEco Le Max 2 Review – A battle of Giants!

LeEco was the first company to release a Snapdragon 820 chipset mobile, the Le Max Pro at the start of the year. In April, LeEco introduced to us a new flagship smartphone called Le Max 2 that features Snapdragon 820 chipset and 6 GB of RAM. The OnePlus 3 also features the same SoC and RAM combination. Let’s see how the two ‘flagship killer’s compete against each other. 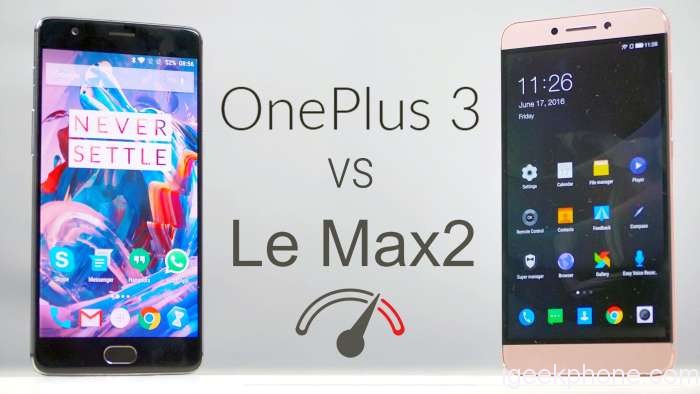 The OnePlus 3 has a 5.5-inch FHD optic AMOLED display, with a resolution of 1920×1080 pixels. The display is protected by Gorilla Glass 4 and has a pixel density of 401 ppi. In the day and age of 2K displays, a 1080p display at this price point is a little disappointing. It’s not exactly the same display as on the OnePlus 2, with the new handset boasting an AMOLED panel, giving you brighter, punchier colors. And OnePlus hasn’t stopped there either, as it’s tuned the display, creating something it’s calling Optic AMOLED.

On the other hand, the LeEco LeMax 2 has a 5.7-inch, 2K (1440p) IPS display with a pixel density of 515 PPI. This is a huge improvement over the FHD 441 ppi display found in the Le Max. It also has Corning Gorilla Glass 3 for scratch resistance. As expected from such a high resolution display, the display is fantastic, with vivid colors, deep blacks, good viewing angles and adequate brightness levels.

While the OnePlus 3 has an incredibly vibrant display thanks to the Optic AMOLED panel, the Le Max 2 comes on top simply by virtue of having a 2K display, which just looks sharper.

The OnePlus 3 and Le Max 2 are both equipped metal unibody chassis.

The Le Max 2 though, looks identical to it’s predecessor, with a full metal unibody design that looks and feels very premium. The phone has glass on it’s front and back, which makes the device look incredibly sleek and svelte. The build quality is fantastic, with no creaks or rattles. The Le Max 2’s weight is 185 grams and it measures 156.8 x 77.6 x 8 mm. It comes in colors like gold, silver and gray.

One of the major changes in this year’s OnePlus flagship handset is its design. This time, the OnePlus 3 come packed in a metal body which makes it look premium and different from its predecessors. The OnePlus 3 measures 152.7 x 74.7 x 7.4 mm and it weighs 158 grams which makes it slim and lightweight looking at the specifications of this phone.. It is available in color choices such as gray, black and gold.

OnePlus started off with a great camera under its price segment with its OnePlus One, but failed to impress with the OnePlus 2 camera. In OnePlus 3, the company has again changed things and is back in the game. The OnePlus 3 has a 16MP rear camera with a Sony IMX 298 sensor, PDAF autofocus and an aperture of f/2.0. It can record 4K videos at 30 fps as well as 720p slow motion videos at 120 fps. Moreover, there is a fixed focus 8MP front camera with a Sony IMX179 sensor and an aperture of f/2.0.

The Le Max 2 seems to do a better work when compared to the primary unit on OnePlus 3. 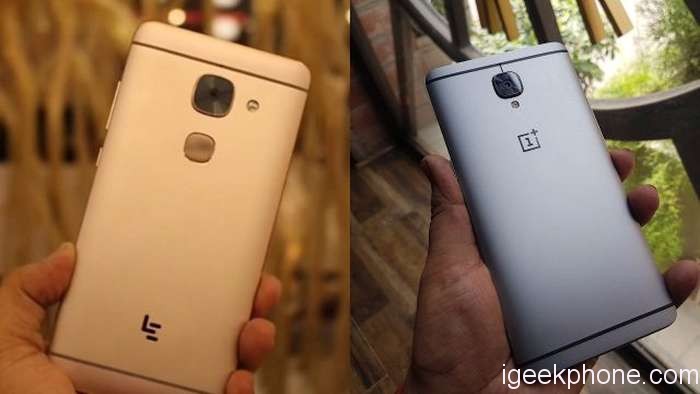 The One Plus 3 runs on OnePlus’s own Oxygen OS based on Android 6.0.1 Marshmallow. Oxygen OS is smooth and light.

The Le Max 2 runs on LeEco’s own EUI 5.6 based on Android Marshmallow v6.0.1. This UI is fast and snappy. Differs from the plain android OS and has no app drawer.

The OnePlus 3 is powered by a quad-core Qualcomm Snapdragon 820 processor with two cores running at 2.2GHz and two at 1.6GHz. This is paired with an Adreno 530 GPU, 6GB of RAM. The device comes with a fingerprint sensor embedded into the home button, which is extremely quick and accurate.

The Le Max 2 is powered by the same quad-core Qualcomm Snapdragon 820 clocked at 2.15 GHz. It is paired with the Adreno 530 GPU, claimed to be 40% faster than the Adreno 430, 6/4GB of RAM. The device also comes with a fingerprint sensor located on the back, right below the rear camera.

For storage options, both the phones come with 64 GB of inbuilt storage with no provision of expandable memory. The good thing is that Le Max 2 comes in 2 variants, out of which you can opt for smaller 32 GB of storage if you want to save some cash and 4 GB RAM is enough for you.

On the connectivity front, the OnePlus 3 supports 4G LTE, 3G, GPRS/EDGE, Wi-Fi 802.11 a/b/g/n/c, NFC, GPS/A-GPS, GLONASS, USB Type C for charging and data transfer, dualSIM and Bluetooth 4.2. The inclusions of NFC is a big improvement over the previous generation, and along with the fingerprint sensor makes the device compatible with Android Pay.

The LeMax 2 supports all of the same, although it lacks NFC and comes without a headphone jack. Audio is transmitted through the USB Type C port.LeEco has come up with a proprietary audio transmission technology called Continual Digital Lossless Audio (CDLA). CDLA transmits audio digitally using the device’s type C port, avoiding the analog conversion that occurs via the traditional 3.5mm headphone jack entirely. LeEco promises that this results in the transmission having a higher higher bit rate, more power and lesser signal noise, thereby providing high resolution, nearly lossless audio. 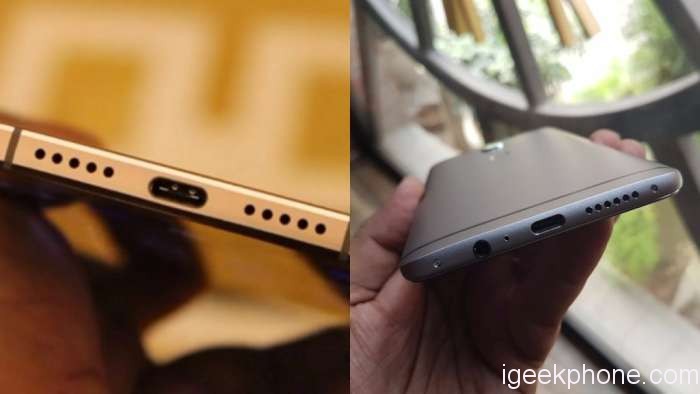 Both the phones deserve special attention and look like genuine flagship killers on paper. From top end processor to huge RAM capacity, premium looks to sleek design; both the phones have it all to tempt consumers. Taking an overall view at the specs, features and price, I could LeEco Le Max 2 is a winner just on the finishing line. Better display, better battery, 2 variants so could see what is better for you, LeEco Le Max 2 could match up with you better. You can find LeEco Le Max 2 at E-Fox at a very low price after you use the coupon code: LEMAX  valid before NOV.28. Carry on!