On December 10, the Redmi K30 series was released. At the same time, there was also the RedmiBook 13 full-screen notebook. The biggest selling point of this laptop is the screen ratio of up to 89%. As the company claims, this notebook has a 13.3-inch screen in a 12-inch body. After all, Redmi has not stopped the pace of improving the product line since it became independent.

The RedmiBook 13 full-screen notebook, as the name suggests, has at least one selling point, that is, the appearance. Indeed, this is also the most refined RedmiBook we have ever seen.

The top still uses a familiar design. The silver-grey background is decorated with ‘Redmi’ logo and ‘DESIGNED BY XIAOMI’. However, compared to the enhanced version of RedmiBook 14, the fuselage is more ‘rounded’, and there are larger areas on the four sides’ arc transition. 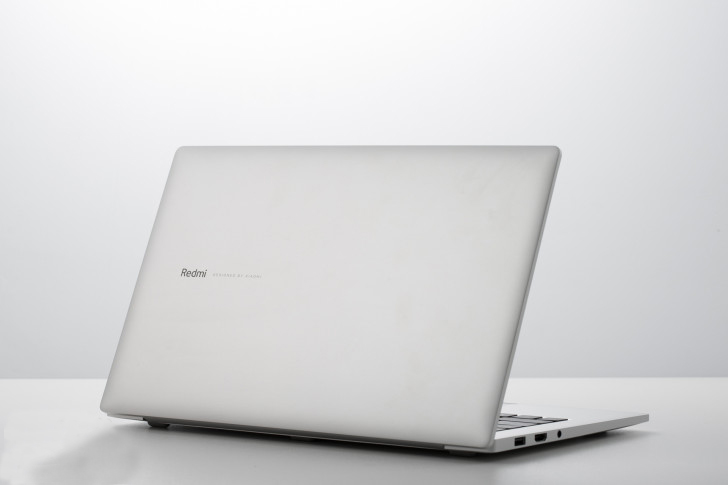 As said, the display is the biggest highlight of this product. The screen ratio is larger, reaching 89%; the bezel is narrower, the top and side bezels are 4.65mm, and the bottom bezel is slightly wider. But the printed ‘RedmiBook’ logo does not look very obtrusive. The overall look still brings a feeling that the screen ratio is very high, the borders are very narrow, and it has a good visual impact. In addition, there is no camera. 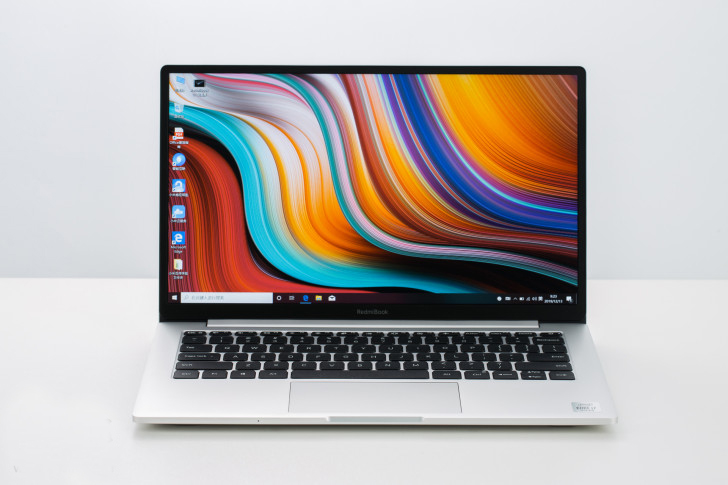 The RedmiBook 13 relies on a circuit board component arrangement called ‘Bent180°’ and a new design, which has improved the screen ratio. To put it more clearly, the board is folded behind the screen, similar to the ‘COF package’ of the smartphone.

The keycaps are basically ‘full-size’, but the up and down arrow keys are still squeezed into a grid, and the Delete key is still next to the power button. The keystroke is relatively short, and the feedback is a bit soft. So it requires time to adapt. 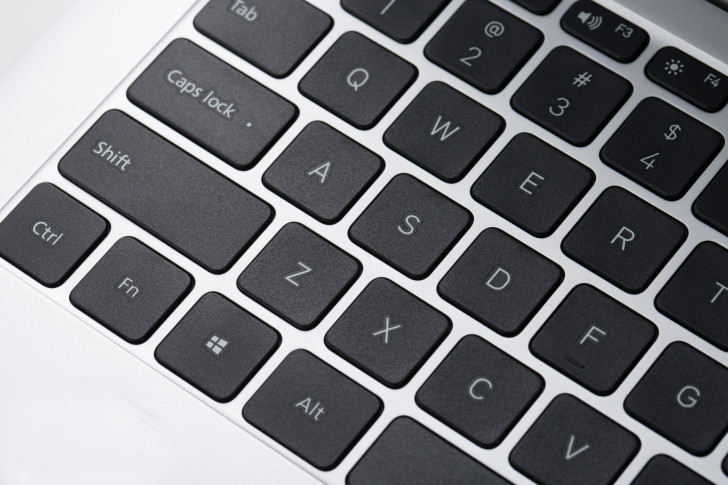 Because the size of the body is not large and the keyboard is not small, the space left for the touchpad is very limited. The touchpad area of ​​the RedmiBook 13 is a bit small, but the sliding and pressing feel is OK. There is a deep groove at the bottom to assist in opening the lid. It is worth mentioning that the RedmiBook 13 can be opened and closed with one hand, and it feels very good. The resistance is moderate, and it is quite comfortable. 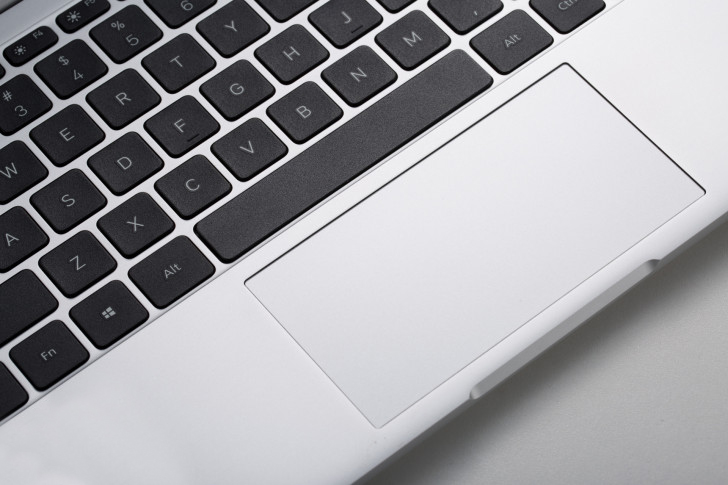 There are a lot of elements on the bottom, but they are not messy. The 5-point pad is more distinctive, and the other is a pile of stickers and two rows of air inlets with a large area. 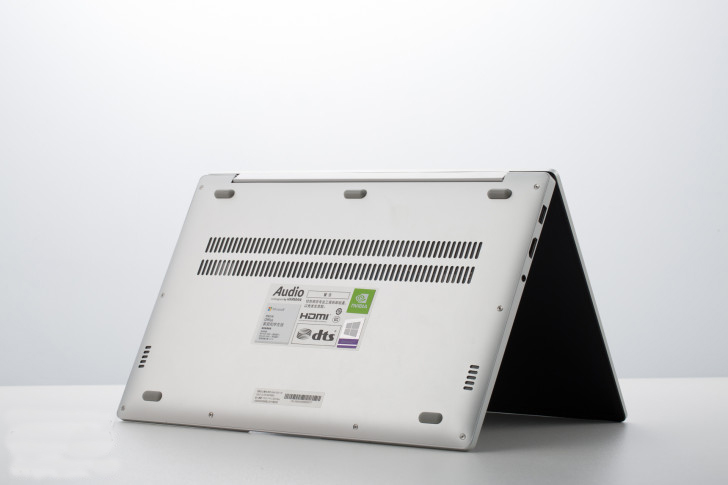 The RedmiBook 13 has a three-sided metal body. The company proves it is sandblasted 500 times. It feels very delicate and slippery to touch. But the texture is a bit like plastic. The maximum opening and closing angle of the fuselage is about 140°. 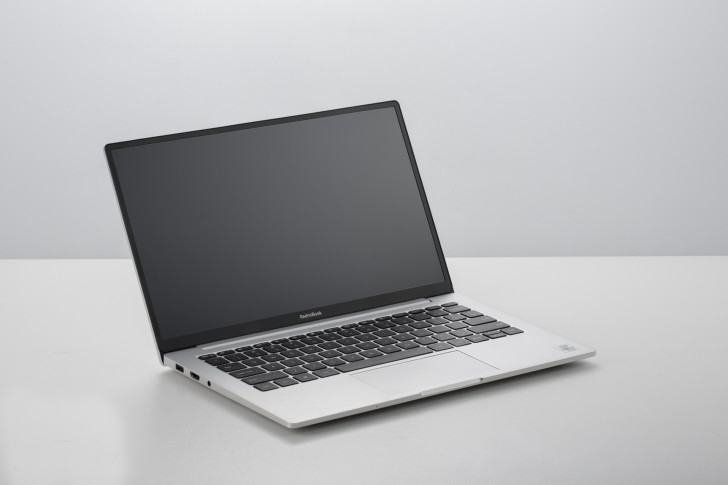 As soon as you get started, you can feel that RedmiBook 13 is the most exquisite product in RedmiBook series with the highest screen ratio and the best appearance. With the new component design and packaging technology, the screen ratio that affects the visual experience has been improved by a grade. The compact body and good workmanship also make the RedmiBook 13 look much less expensive than the previous one. In my words, it is ‘looking good, not rough’. We are very satisfied with the appearance of the RedmiBook 13, and supporting one-handed opening and closing is a plus.

As mentioned earlier, most of the small and thin notebooks are equipped with ultra-low-voltage processors. Some even passively dissipate heat, or have a fan that is larger than a dollar coin. The motherboard area is not as large as the screen of a smartphone. In short, they do no perform well. In the last two generations, the 13.3-inch model has gradually been equipped with low-voltage i7 and MX alone. The RedmiBook 13 also caught up this time, carrying almost the most common combination of this generation, Intel Core i7-10510U / i5-10210U + NVIDIA MX250. 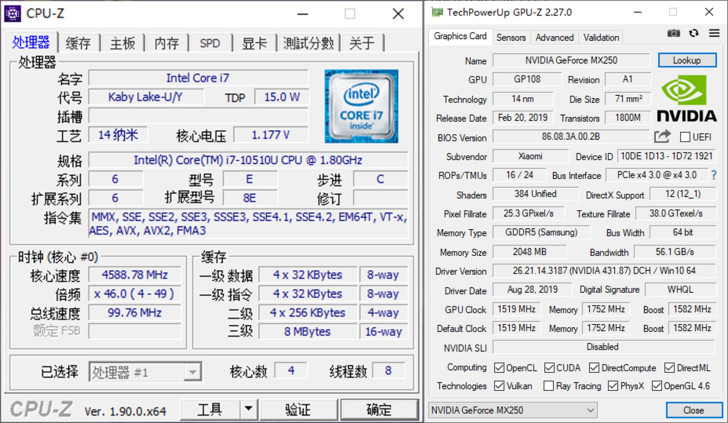 We’ve got the i7 version this time. Let’s take a look at the performance.

The first is the C4D rendering test. The Cinebench R15 single-core score is 195cb, multi-core score is 728cb, and multithreading ratio is 3.74.

The low-voltage i7 can’t get around the office. We also tested the office performance of RedmiBook 13. PCMark8 scored 5329 points in Work accelerated 2.0 and 4910 points in Creative accelerated 3.0. 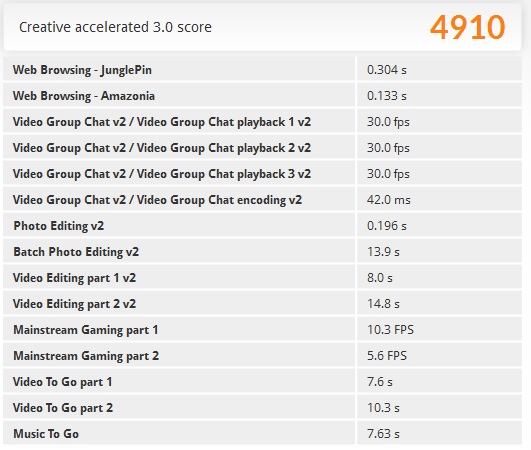 From the results of the above tests, it can be seen that the performance of the RedmiBook 13 equipped with the Intel Core i7-10510U should be quite sufficient for any office work. And the performance is relatively good among products of the same level.

Some regrets are that the storage configuration of the RedmiBook 13 is 8GB DDR4-2666MHz single-channel memory + 512GB SATA SSD. The memory and hard disk read and write performance are relatively average, the memory latency is acceptable, but the SSD sequential read and write are more than 500MB/s.

Since there is an independent graphics, let’s test the performance of the game, this time we still use the better optimized Overwatch to test the Nvidia MX250.

After adjusting the picture quality to the preset medium picture quality, most of the time can run to 70 frames, the average number of frames came to 63.7 fps. After all, with a 13.3-inch screen, under normal viewing distance, no details can be seen, and there is not much picture loss.

From this point of view, although the RedmiBook 13 is small, its performance is still based on the mainstream i7-10510U + MX250, and even the CPU performance is better than some 14-inch ultrabooks, which is quite surprising. There is no need to worry about office work. Some lightweight design work can also be competent, and you can play a few games more smoothly. But a very general storage combination is really a pity. Fortunately, you can also add memory and replace the SSD by yourself.

Companies like Xiaomi have a very complete product category. It is a pity if there is no linkage between various product types, but at present Xiaomi has done a good job.

We have already tried out MiShare and Xiaomi sensor key.

Xiaomi Smart Connect can quickly transfer files between any two devices, such as smartphones and computers. The measured reception speed can approach 40MB/s.

The Xiaomi sensor key uses Bluetooth to connect Xiaomi bracelets and other devices to quickly unlock and automatically lock the computer. Just take into account convenience and security, which is considered as compensation for the absence of infrared and fingerprint recognition. The user experience is very good, but it is a bit surprising that the Xiaomi Mi Band 4 series is not yet supported.

Today, we are going to focus on the exclusive features (benefits) of RedmiBook 13. Activate RedmiBook 13 for the first time, and you can receive 1TB of Xiaomi Cloud Service Space for one year for free.

Although it is a 13.3-inch notebook, the RedmiBook 13’s heat dissipation configuration is also unambiguous. It uses dual heat pipes and a single fan for cooling, which is officially called a ‘hurricane’ cooling system. 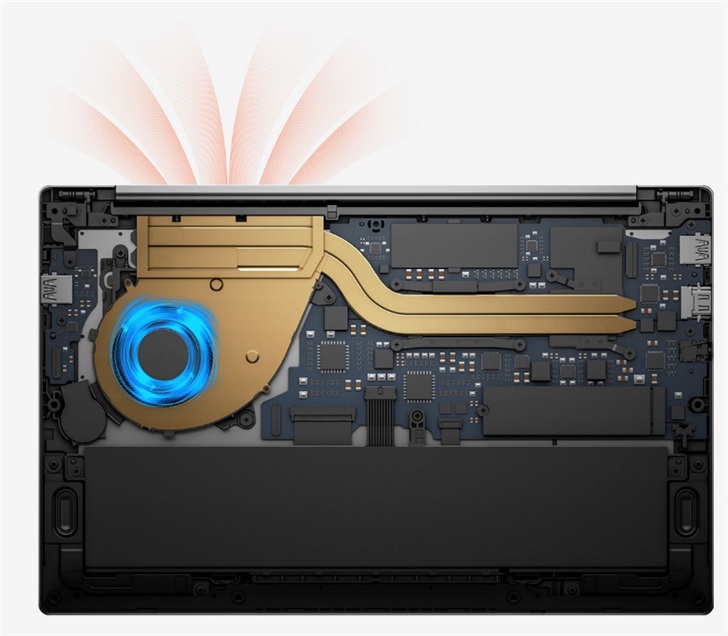 Putting two 6mm heat pipes will definitely sacrifice thickness, but fortunately it is worth it. After using Stress CPU + FurMark for 30 minutes, the CPU temperature is maintained at 73° C, and the frequency is 2.9GHz, while the temperature of the graphics card is stable at 65° C. 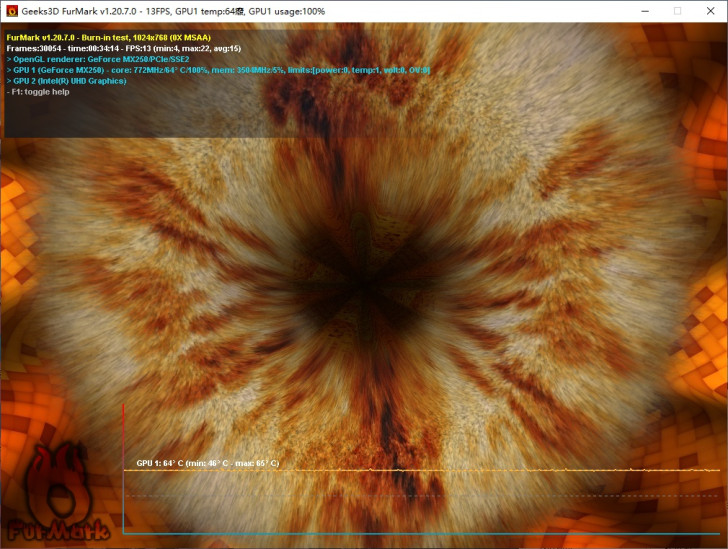 For portable ultrabooks, battery life is also very important. The RedmiBook 13 sports a built-in 40Wh battery, which is not too small under this fuselage. According to the official statement, it can play local 1080P video for up to 11 hours. We also conducted PCMark8 battery life test. The screen brightness is set to 80%, WiFi is turned on, and the Work accelerated 2.0. Battery life test score is 5h 20min.

In addition, RedmiBook 13 also supports 1C fast charge, which can be charged 50% in 35 minutes.

The RedmiBook 13 has the highest screen ratio among Redmi and Xiaomi notebook products, and the workmanship and texture are also very good. The lack of a camera can be the reason for giving up directly, and the interfaces are also less. The absence of a Type-C interface is something other users would really care about.

However, the performance is quite good in comparison to other products from the same range. The heat dissipation is quite acceptable. There is no delay in work.

The RedmiBook 13 full-screen notebook is very suitable for users who need a high-looking, strong performance, small size, thin and light notebook. If its disadvantage is not your pain point, then its screen ratio and performance will not let you down. As Xiaomi users, RedmiBook 13 is more worth considering.